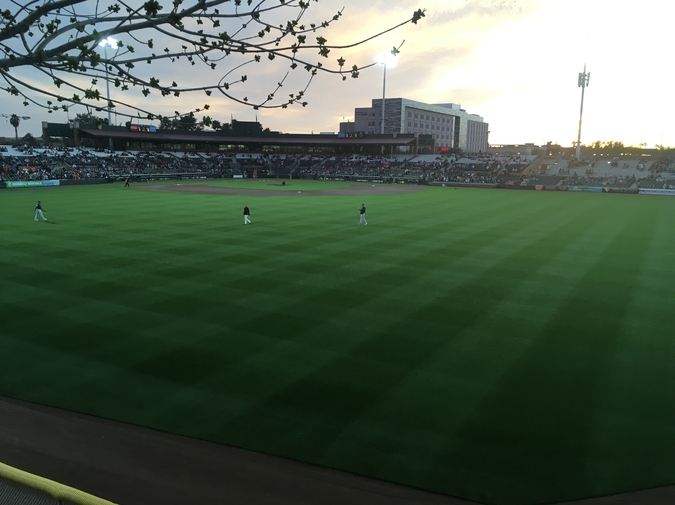 Summer I turned twenty, I was stuck on an island playing pepper. The scouts barely showed for our games. They were too busy sniffing the jocks of the D-1 dicks over in the Cape league. Something was wrong with every guy stuck playing on the Vineyard: bad feet, long swing, D-III brain. Take your pick. Me, they said I hung my off-speed stuff, lost track of the count, lacked mental toughness. I waved off too many signs. A couple inches taller and I would’ve been playing on the Cape, scouts would’ve been lunging at me trying to catch a whiff. Whatever, I thought, get me one big league scout to see my change-up dance around and they’d be writing my name all over Baseball America. Ha!

While Mr. Clemson and Texas A&M hit the beach with the rich girls vacationing on the Cape, spending their signing bonuses, most of the guys on my team were all waiting tables, gutting fish, stocking groceries—the kind of jobs a lot of players would be left with after they graduated unless they knew someone’s dad. I lucked out, though. I worked at a nursery moving palettes of flowers, bags of mulch, put this here, drop that there. Most of my shifts were spent stuffing daisies in the backs of minivans. My co-workers were all European kids getting their fill of America. Kids that came over from war-torn countries, the countries you see in the Olympics and don’t realize they still exist. These kid’s parents were diplomats and captains of industry, and they were all decked out in Gucci and Chanel while they moved plants. They buzzed scooters around the island and all lived in a hostel together. They drank American beers that cost a fortune in their country and smoked good hash one of them had smuggled in. Vonya, one of these girls, had me learning Czech in her bed, had me showing up for practices where I perfected the art of sobering up during group stretching.

I rode an old mountain bike around the island. Natalie, the lady I rented from said the bike came with the room. She had been renting a room out of her house to guys playing in the Vineyard league for years.  Natalie was a widow, had an adult daughter she talked about living in DC. Natalie didn’t like the Atlantic. She didn’t do water anymore, she said. Her husband had died in a gruesome boating accident. That was it for water. There's a picture in the hallway of Natalie on a beach in Vineyard Haven when she was around my age: bikini, blonde, stunning. Her new boyfriend wears a cellphone on the waistband of his cargo shorts and hoofs it everywhere in sandals that strap around his ankles. The first day I meet him he tells me he played a year of football at Dartmouth until he blew out his rotator cuff, got into investment banking. He said, “Making money off your body will having you paying for an early funeral.”

The baseball wasn’t bad on the Vineyard, just slower, softer, sloppier. We played our home games at the only high school on the island. Our fans were sparse, local diehards or tourist families that ran out of ideas. Players got a pair of tickets to give out every home game and I always tried coaxing Vonya into coming to watch. Her excuse was always that the game doesn't make sense to her and that they don't let you drink Budweiser at the games. In her country the play handball. It shouldn't have mattered, having somebody out there watching for you, but it did. I had a girl back in Texas that would come to all my games. Rachel. Spent one semester at SMU, became a Kappa, and dumped me for a frat guy named Bronco. Last I saw, drunk one night lurking the net, she married a state representative. That is the same kind of senseless shit I thought about when I was getting ready to pitch, the kind of shit I think about now looking back on what went wrong. I got lost on the mound in thoughts of Bronco bucking Rachel in her dorm room or Vonya bending over to water a pallet of hydrangeas. My slider started hanging, my fastball came in fat like the care packages my mom sent to the island full of Laffy-Taffy. That's why I was playing on the Vineyard and not on the Cape. Lacks mental toughness. Probably why when I’m watching these high school boys throw garbage now, I start thinking on that summer misspent on the Vineyard, and I’m wondering if I can find Doc Brown, have him stuff my fat ass into a DeLorean and zoom us back to 2002. “Hello! Hello! Anybody home, McFly?”

The food on the vineyard was all too alive, I remember that. In Texas, I never touched seafood. Still don’t. Anything caught in the Gulf you might as well throw back unless you like the taste of motor oil. But Natalie had me trying crab, lobster soaked in butter, swordfish caught the morning she grilled it up. If you’d have asked me then if I’d be working night shift security in Dripping Springs, Texas or playing for the Astros in ten years, I bet you know how I’d have answered. Natalie was the first one I told when they told me to pack my bag and beat it back to San Marcos. She watched me cry in her hallway as if she’d never seen one of her baseball boys cry. I thought of her husband’s body being slung over the side of a commercial fishing boat. Earlier that season, there was a night coming home drunk from the bars in Oaks Bluff, pizza slice in hand, that I saw a lone woman down at the harbor. Natalie, arms at her side in a hooded sweatshirt, just staring off at the black water. I called her name from the pier, but she didn’t answer, didn’t move. A light attached to a buoy flickered in the no wake zone. Everything must seem pretty fair after something like that happens to the person you love.

I couldn’t see the swerve that life splits you open with. My life danced like my change-up when I got kicked off the team that summer for missing the ferry to Wood’s Hole and fighting one of the coaches, the lack of control similar to what the scouts knocked me for—dropped out of school, a couple DUI’s, assault and battery outside a Waco bar with a side of ninety days, bad marriage and divorce and a daughter I never get to see. A few weeks ago, I had to go before a council, have my life on paper recited back to me to be able to coach high school ball for a hundred bucks a week. I tried convincing the school to pay me under the table so the courts couldn’t garnish my wages like they do at the plant. The memory of that time is reduced to a photo of Vonya and I relaxing on a porch after our nursery shift, sweaty beer in our hands, smiles across our smooth faces like nothing could ever get better than that day, that moment little piece of heaven together. What was that life like? I wonder sometimes because I can almost still taste the Marlboro Lights on her tongue. It feels like that photograph was taken during a distant dream where I was living my life as someone else. Do you ever get back to that place? That feeling? It’s all as abstract as a box score to a game you can’t remember playing. These are the thoughts that smack me across the face at two A.M. when I’m half a bottle of Captain in the bag. If I’m doing really bad I’ll try my ex-wife or my daughter, hope they show some pity on me. But when the cosmos align and things aren’t seeming so bad I’ll Frankenstein-it down to the liquor store a block away from the apartment. Then I buy the tall beers or a sipper of the low proof Vodka for the backpack men out front asking for change. I park right out front of the store with them. They don’t discriminate. They don’t give a shit who I am or was or will cease to be one day. They like the taste of booze and they think if they listen to me talk they might be able to get me to buy them more booze. They like to laugh more than the misery machines stocking shelves on the night shift. Life can be that easy. We just make it hard on ourselves because that’s what it means to be human, I guess. So I sit and drink from my beer, hoping the parents of the kids I coach don’t see, but really I kind of hope they do. Their kids all have spaghetti arms, anyway. My fastball had more velocity at that age without all the hormone supplements they feed these monsters now. I sit and drink and ask the backpack men questions until I’m feeling really good and numb. I ask them if they know the difference between the Czech Republic and Slovakia, ask them if they’ve ever had fresh lobster dipped in real melted butter, ask them if they ever played a little baseball growing up.

Terrance Wedin is an adjunct instructor at Columbus College of Art and Design and Columbus State Community College. His writing has appeared in Esquire, Fourth Genre, Ninth Letter, New South, New World Writing, and other publications.