My Boyfriend Who Lives in Canada 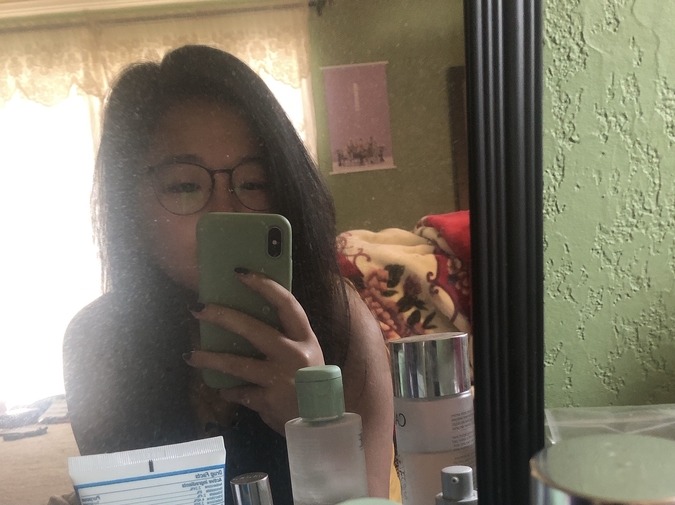 When I was in middle school, I made up a boyfriend.

I created him. There was an in-depth backstory to how we met that kept changing because I kept forgetting how I’d set it up before—a childhood friend who lived a few houses down, a boy that I met in Chinese school that kissed me on the cheek while the teacher wasn’t paying attention, a boy I loved since I was six—but it didn’t matter because memory fades, shifts like a living thing, and I think I was always trying to see how far I could get away with it.

He was still my boyfriend in high school, two years older than me. He lived far from us so he couldn’t come hang out with us at the mall, couldn’t come with me to prom because he went to college up in Northern California, whispered I love you to me when no other boy in high school would. Broke up with me his first year of college because he wanted to date other girls, but still loved me.

We got back together my second year of college while I was in the middle of a study-abroad trip in London, the boy texting me constantly and driving up my cell-phone bill because international texts cost a lot of money for some reason. The girls in my Shakespeare class ask me, Can I see a picture?

No, I say, we broke up and I deleted all the pictures. I don’t even know if they exist anymore. It’s somewhat true.

He gets violent this time; his mother leaves, and he doesn’t tell me. I am 20 years old and my boyfriend’s mother leaves him and he does not tell me. His brother tells me instead. I love really dramatic stories. It gets worse as the years go on, and at some point, we are at a party with friends that don’t exist to me anymore and he slaps me so hard in plain sight that all I can think to say is Not here. Do not do this here. Let’s go home.

We break up again, right after college. I date: a man whose girlfriend died three months before we met, he cries when we kiss and he tells me it is half my fault he hurts; a man whose girlfriend is back in Hawaii and he’s here on a business trip but he doesn’t tell me this, I find out later; a man with a girlfriend that he doesn’t tell me about until she finds out about me; a man who tells me he wants to go with the flow, what flow, I ask and he says his flow, his rhythm; a man who tells me he only wants casual, he tells me this while his fingers are inside me, he does not say it but I hear that I am good enough to fuck but not good enough to date, even, you are only good enough for this; a man who wraps his hand around my neck the first time we kiss and I wonder if I am making them all up too, because are all real men unaware of what they’ve done?

We get back together, because of course we do. He is better, now. Therapy helps both of us. One night, he is upset about work and he reaches across the sofa to get the TV remote while he is ranting, angry, snaps something about that stupid asshole at his job, and I flinch at the sound of his voice and the sight of his hand moving so suddenly, and there is only silence after—he stops talking, he stops breathing, and I stop. I can’t go on.

Can we pretend this never happened?

Can we pretend I never did this to myself?

You think I’m not real?

I think about how much I loved him. I think about how much of a relationship is projecting, of how much of him in my memory is make-believe, anyway. As they say, when you’re in love, all the red flags look like Six Flags and I have been on a rollercoaster since I was a kid. The beginning of us wavers, fades in and out like a flickering porch light, and I keep trying to find my way home, but I’m not sure where that is anymore, and what is safer: the light or the dark, the truth or the lies, especially the ones I tell myself.

I never answer. Over time, the pressure to respond lessens, and there are days when I can breathe again so easily that I wonder if it was ever there to begin with, or if I just imagined it.

jen ly writes and lives in los angeles. you can find her often stuck in traffic and occasionally on instragram @jnnfr.ly.