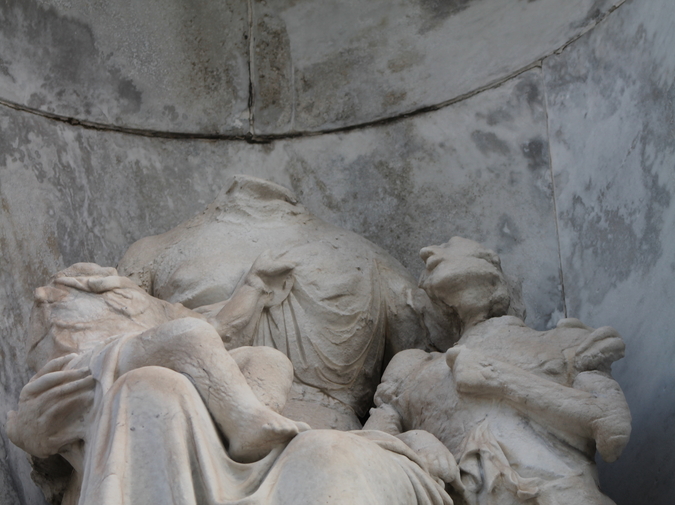 Horrible things happen and then you get famous. This is one of the better career options for someone to whom bad things have happened. In the universities, professors debate whether celebrity can be taught. A few have begun programs. They are mainly located in the Midwest, where students can study techniques far from the influences of the coasts. The majority of graduates move to the coasts. In the halls of these institutions, educators and administrators alike ponder a single question: can you teach an eighteen-year-old trauma? Some hold it true that all students have suffered. For thousands of years many popular religions held this belief, too: we are born into suffering. Only recently has science begun to back up this claim. Some readers may be familiar with the Ross Study. Though controversial for its methods (and the deaths of three assistant researchers) the study's results provided the foundation upon which these universities were built. Professors arguing benefits to committees responsible for funding often cite them. Funding is a huge issue. That said, only the rare and talented pupil arrives on campus cognizant of his or her suffering. For these students, the horrible things that happened to them were too obvious to miss, too visceral. They'd cried or wanted to cry or taught themselves not to cry at some point in their lives. Brilliant and tough, these students often hold leadership positions. This might lead you to believe they go on to long careers in fame. In fact, rates suggest the opposite. Many of these early talents peak too soon and come into homeostasis with the horrible things that happened to them. The feeling has been described as close to a nightmare.

Adam Lefton's work has appeared in Water~Stone Review, Washington Square, and McSweeney's Internet Tendency. He has an MFA in fiction from Purdue University and is a co-founder and editor of Litragger. Follow him on twitter @leftonbomb.