Cold in July / The Rover 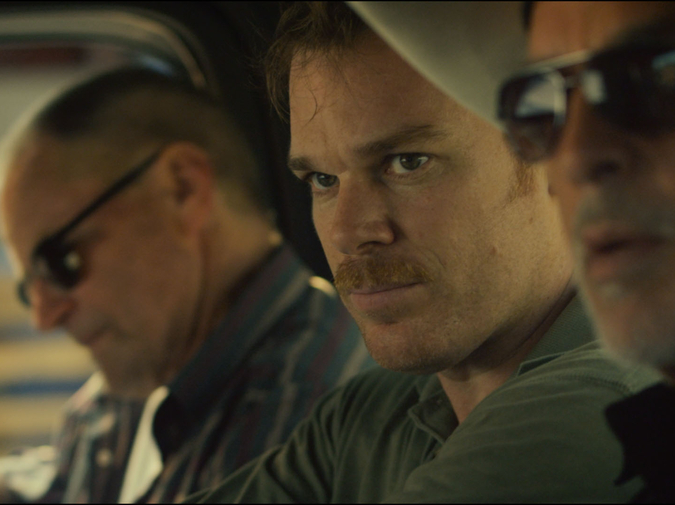 I don’t comprehend this stuffy concept that the success of film ended with the retro. Once a crooked gal with beautiful feet and an uber-bra forced me to a show where I was informed that HG Lewis was cinema’s pinnacle. That comment here was a hot and cocky trend said to tease the geeks and I don’t believe you, your asshole three Carl Sandburg books, or any other truth wormed between the tats you gentrify. I am the fucking retro. I was meant to survive writing exploitation films for a Japanese studio in the early sixties, okay? Who cares if an amazing film is retrospective instead of retro? Cold in July is as perfect as you can ask from its genre. The Rover, too. Films with a simple idea the plot encumbers beautifully. The main guy wants to lie down, the other wants his fucking car back. The result is such fantastic strife. I’ll lay these taut two over miss “I’m right” and her musical prowess any day. Music experts should donate themselves to their own hips. I want to regulate your moss, eyes unclosed. Robert Pattison hopped off those who sell him quicker than all handsomeness beforehand. Cosmopolis. While we’re pent up and reincarnating, I’ll be Paul Giamatti in that one. Don’t get me horny on Miami Vice. When directors were paid to have style. Mann can place a camera like we’re all cemented to its montage. Twin Peaks and Wild Palms were played on TV in America. Jesus. These things used to be filmed and written by people who lived well from them. I’m trapping myself romantic to stave off mental illness. Anything good was always a longshot and a random exception. There was an episode of Miami Vice opening with a man arms out in the middle of the street. He home invades to arrange beef on people’s torsos and Don Johnson becomes mentally ill trying to understand why. How they say something doesn’t wink at an audience, this caws its eyelids off. What we got? Mad Men? True Detective? Those shows are about acting. (Sometimes about writing in service of plot. Oh, True Detective, almost, so close until the final explanation cribs us all.) I don’t sense an inveterate goosing from Rover or Cold. In fact, how these films stick in my mind and feel apt about our unsuccessfully retro hereabouts, I’m thinking they’re masterpieces. Not that I’m pleased with the clock. Now (or “some when-else in time”) is not an era of art for the genitals. Were said genitals transposed ever? I know: Your balls! Your scared balls! “Balls, baby. Balls!” We’re asleep in them.