Your Call is Important to Us: Ballad of a Telemarketer 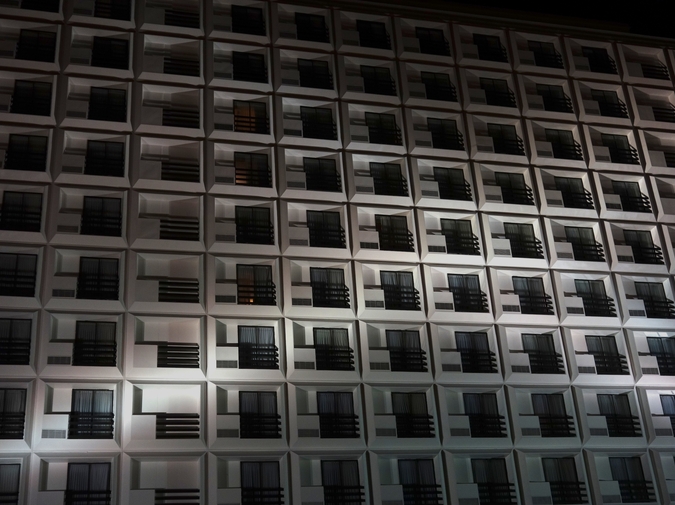 “My son was murdered last year. His bride murdered him.”

I find it startling that she uses the term bride. It takes me a moment to understand what she is saying. The word evokes the image of a deranged and bloodthirsty zombie in a wedding dress: a bridezilla of the most extreme mutation. Especially after she tells me they had been married two and a half months – not exactly at the altar. It should have been the word murder that disturbed me, but I’d had to turn off my sympathy when I came into work today, like every day. The word, bride, irks me. It grates on me in this context. But I let it go because I have a job to do. I hear her breath in my headset as I offer what I think my supervisor will accept as the appropriate amount of sympathy – show that you’re human, show that you care, but don’t let the caller steer you off track. You can’t let them drone on forever, even if they’re opening up Pandora’s Box of woe.

“You have to take control of the call,” was the most frequent feedback I heard from my boss during my monthly call reviews.

The woman tells me how she was diagnosed with Leukemia directly after her son’s death. I look at the clock on my computer screen. Keep the call under 10 minutes, I remind myself. Otherwise the call will be flagged and audited, and I will be reprimanded. I have to get back to business. I am trying to sell the woman a house. We’re already at 4:32.

“Yes,” she says, and I begin my next question before she finishes the affirmation so that she won’t go on to tell me what city she’s in, what the weather’s like, why she wants to move away.

“And you’re interested in our community in Richmond, Texas, correct?”

I respond with a chipper, innocuous comment, on autopilot, while I type up the information and search the system for her subdivision of choice (“choice,” as though there were a difference between each one). This agent-propelled small talk is used to deter dead air or divergent caller-chatter. Thank God the community is unrestricted to California residents; I don’t have to give the scripted spiel explaining that I can’t tell her anything about the homes due to state laws. I won’t have to upset her any more than she already is. Not yet, anyway.

“I want to move to Richmond because I have some family there… and my best friend of 45 years. She and her partner, or fiancé, or—I don’t know what she calls him. I’m 68. It doesn’t matter what you call it when you’re that old. I have no one here. I’m alone. My daughter’s in Delaware, but she doesn’t talk to me. She hates me.”

I pause for a split second while I devise a strategic response. We’re at 5:13.

“Well it sounds like our community will be a perfect fit for you then. There are a huge array of activities and amenities, and it’s a very social, neighborly atmosphere. There’s a strong sense of community.” I steer it back in my direction. I try to suggest that oil painting classes, water aerobics, and salsa dancing with fellow senior citizens will alleviate her suffering. Take control of the call. I don’t care if the woman buys a house. I just need the call to end with the audible sense that she wants to buy a house. I get none of the commission. My responsibility begins and ends with her experience on the phone – ideally under three minutes.

It takes practice, the art of persuasion. Some calls leave me with the feeling that there’s an invisible layer of grime coating my skin. I shiver to shake it off. Especially conversations like this where I can’t allow myself to fully fathom the caller’s reality. Like all salespeople, I’m a professional manipulator.

Manipulation is one of those few skills at which humans still excel beyond computers. Each call requires tact that ranges from subtle to overt. But really, it’s no different than if I weren't trying to sell something. Every exchange, paid or not, begins with a desired outcome from both parties. We have expectations of one another. We may not always think consciously of our intentions, but the intentions are there. Intent exists beside each of us, tagging along like a shadow. The woman on the phone has specific intent behind unloading the lowlights of her recent past. This understanding of mutual selfishness relieves me of some guilt.

I’ve accidentally tuned out for a few seconds while she is continuing her story. I’m distracted by these thoughts and the voices of my co-workers finessing customers on either side of me.

The call length is inching toward the red zone, so I cut her off mid-tale and suggest that a local agent will be better able to assist her. I ask the woman for her contact number “in case we were to get disconnected” (though really it is so that I can gain call center credit with the home builder for adding a new lead to their system) and I pass her off in a transfer to Richmond, to an agent who actually knows something about what we’re selling. I’m just going off of a computer screen, surrounded by gray cloth cubicle walls, and a single folder of crumpled notes.

I’ve already forgotten the woman’s name twelve seconds after the conversation ends. I’ve received a new call. The inbound number has popped up at the center of my computer screen to indicate the caller’s subdivision of interest (the location they think they’re calling), and with it, the last conversation is bumped from my memory. Only the brief notes, and whatever contact information I could squeeze out of her, will be saved.

Shannon McLeod is currently completing her debut novel, How to Steal a Shih Tzu in Fern Park. A 2011 graduate of the University of Michigan, she teaches English at a Southeast Michigan high school, where she also coaches the slam poetry team. Shannon has led creative writing workshops in venues as diverse as a children’s summer camp and a women’s correctional facility. Happily, she no longer works in a call center. You can follow her on twitter @OcqueocSAM.