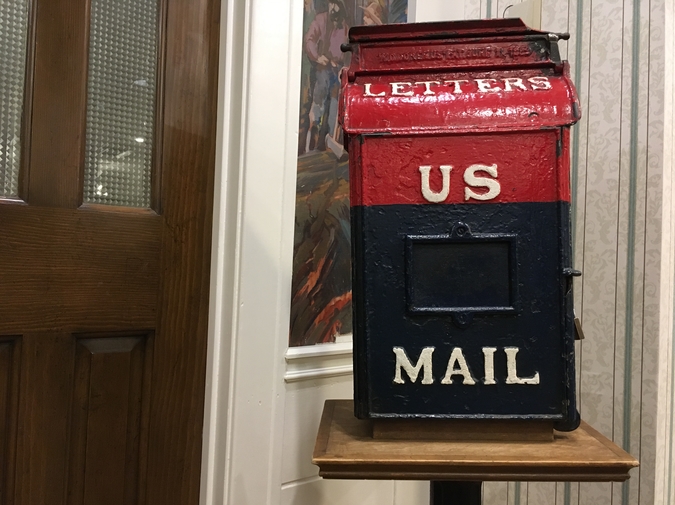 Some New Miracle of Control

After thirty days in rehab, you are “coined out.” You tell your story in front of the group, and are given a coin, like some small treasure in a video game. On one side, the coin has the prayer for serenity, courage, and wisdom, in that order, and thankfully mentions God only once. On the other side is an equilateral triangle, whose significance is mysterious. The coin is heavy and goldish and worthless, besides being your fare back into the world.

Rachel M. is the first to get her coin. We like her. Her drug of choice was OxyContin, and now she’s gained enough weight that her tattoos make sense again.

The first question we shout is, “How’d you do it?”

The question is dumb since there is no OxyContin in rehab, but she gives the company line. She says, “It was tough. I couldn’t have done it without all of you.”

This question is not dumb, and terrifies most of us when it’s our time to answer it.

“Sober Living,” she says, which is not a philosophy, but another type of rehab that requires you get a job. She starts to cry, and we applaud, moving on.

We laugh and shift in our seats. Benny the Therapist stands up, his hand in his mustache. From what we can tell, LJ L. had no drug of choice—he was totally democratic about what he smoked, swallowed or injected.

“See what the judge does,” he says. “Then I’m going back out there. This was some bullshit.”

You don’t have to give up drugs when you leave. The coin is not a contract, so he flips it like a game of chance and smirks. We don’t like what he says, but we admire it.

“I thought about my son,” he says. “He deserves better from me.”

This answer is a nice antidote to LJ L.’s cynicism.

“My father promised me thirty thousand dollars if I completed the program,” he says. “So I’m gonna get paid and go back to California.”

Kyle R.’s father is a reality TV star on a show about pillaging storage units. Occasionally, when they open a unit, there’s an addict living inside. We’ve been told he’ll have an escort home, since Benny the Therapist is scared what he might do on his brief layover.

After the ceremony, the coin recipients are dead to us. They have free reign of the facilities like ghosts. They are just waiting for their rides, but who will it be?

In the meantime, LJ L. gets his gold chain and phone back from intake. He’s waiting on a person called Nook. Despite his jewelry, he’ll be slapped with an ankle bracelet as soon as he gets back to civilization, though the drive will take forty-five minutes, so who knows? He gets his haircut from the rehab barber while he waits.

Kyle R. does victory laps through the regular meetings. His flight doesn’t leave until the evening. The gold coin in his pocket, the thirty grand, inspires him to speak at length at the benefits of sobriety. It’s the money we resent. The rest of us were not paid to come here. In fact, we’re looking at a pretty large bill. If we thought for a second that Kyle R wasn’t going to spend his money on drugs, then we didn’t know him at all.

Rachel M.’s mom is coming to take her Sober Living. She spends the time getting of all us to sign her Narcotics Anonymous book. But what to write? Good luck, Rach! One day at a time, girl! What would be the moment when she would turn to this book for encouragement or solace?  Instead, we sign our real last names and our email addresses, real, only gifts here.

The rest of us will have our time eventually. Get our coins and mumble answers. Click our heels and return to Sober, Kansas, as it were. But first there must be three companions, and the flying monkeys, and the witch of addiction, and the smallish people. Not forgetting the beginning of the journey: a black and white tornado to the head.

Contempt Prior to Investigation

Jeffrey J. is packing his shit because he’s a grown-ass man, retired, ex-military, a corporate vice president. And families fight over the holidays, and people drink too much scotch at Thanksgiving, and might knock over candles, and might set the tablecloth on fire, and might have wives and older sisters who are nags and prudes, who believe that rehab changes people into fans of lemonade and the Gospels.

He’s not court-ordered, so he just needs a ride to the airport. He’s paying a lot to be here, and in cash. He says he’s going to die from something else. The counselors say, “You can’t leave,” and he says, “Give me my phone back. I’m calling a cab.” The counselors say, “Here you go.”

Jeffrey J.is a prick sober. He has the air of the highly-functioning racist who spent a lot of time managing anger. Though it isn’t hard for us to imagine, if he were a few drinks in, a Jeffrey J. who was likable, who was capable of a shared laugh not poisoned with scoff. Regardless, there would be hell to pay when he got home.

The boredom of rehab leads inevitably to imagining the lives of others just a month before. Clean cut kids in khakis and Polo who really loved crack. A high school sophomore pimped by her meth head father. A University professor pulling on the door to his classroom that must be pushed. But, c’mon. Where’s the value in watching car wrecks on you tube, long after the fact, already viewed by millions? We move on quickly.

Jeffrey J. had a partner in rehab, though their fraternity seems based only on their age. Gregory K. is very Santa Claus, the word “jolly” works here, perfectly happy to be institutionalized or not. Against our better judgement, we assumed he was a just a sloppy drunk, a careless driver, a rosy-cheeked penitent. But when he speaks at meetings we’re a bit shocked. Cocaine, he says lovingly, and then we see him correctly—a fat Keith Richards, an ancient rock’n’roll fiend. If Jeffery J. had met him in high school, he would have kicked Gregory K.’s ass.

But here in rehab, they are a package deal. Always sitting next to each other in meetings. Always beginning their sentences, “Most of you are too young to remember, but….” They miss the 80’s deeply. It was apparently the height of culture, the height of getting fucked up without repercussions.

When Jeffrey J.’s cab arrives we do not line up at the window and wave goodbye. There’s fresh pie in the cafeteria, and it’s Wednesday, so there’s equine therapy. We like the horses more than Jeffrey J. Trapped in the barn as they are, they are usually patient with us, understand just how lovely their situation is, even if it means we addicts fumble with their care sometimes.

What we’re thinking, of course, is that we’re scared to leave. We could demand the phone and a taxi. We’ve demanded more.  But Gregory K. looks up from his steaming apple pie and says, “I’m just going to stick it out. I’m learning a lot. This is delicious.”

Sean Ennis is the author of the short story collection CHASE US (Little A), and pieces from this series have appeared in Tin House, Grist, Fixional, The Swamp, and The Forge.