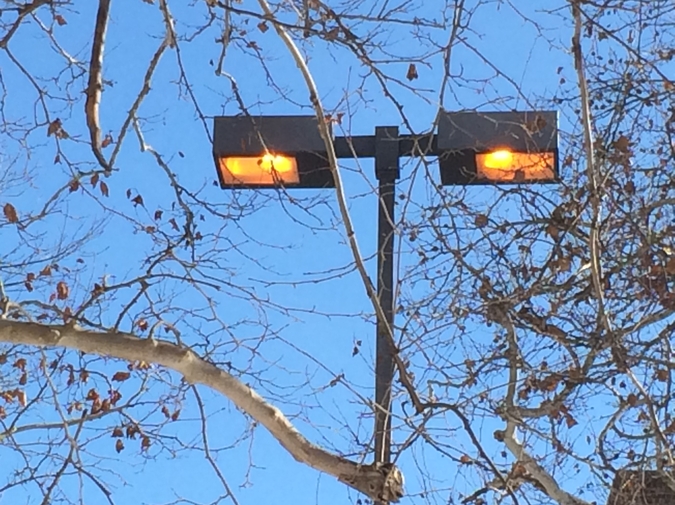 The New Rules for a Brooklyn Neighborhood

the word water. You would never

let go of it. When I walk on the street

in my part of Brooklyn, I step over

of diet coke, lots of them,

because the kids are drinking

too early, and the Jewish women

are always trying to lose weight.

I want to be seen here.

when I walk by two Russian men

arguing with their shirts off

next to a busted car,

when I step over finished

chip bags on the street,

because one Russian man thought

the other Russian man busted his car

and the Jewish family with all the kids

eats chips to save money on snacks.

I want to be seen here.

I want to be seen here because I know

It runs down my throat

and I swallow all of it.

In the Jewish section of Brooklyn where I grew up, God was injected into casual conversation with the same frequency my college friends used the word “juxtaposition.”  We went to synagogue every Saturday, kept kosher, prayed. When we couldn’t find our cat, struggled to pay bills, or got angry at our mother, we prayed to God to fix it.

In college I still felt his breath at my back. I could not shake it. I turned up my nose at bacon, said a bracha on all my food and the first question out of my mouth to everyone I met at college was always, “Are you Jewish?” We weren’t supposed to pray anymore before a test or after a death. We were supposed to meditate and use “calming breaths.” A girl with blue hair and five earrings in her right ear caught me praying once after class and asked me what I was doing. When I said “praying,” she whispered, “What does God feel like?”

Today, the buildings in Brooklyn look like they might fall. My father just died. And I want to say that he’s getting his beard trimmed in heaven now. Sitting in the barber’s chair and waiting for God to come out with some talcum powder and razors. God will talk to my father about the weather and what he did after work last weekend. God will get the scissors and begin the cut.

Amalie Kwassman is originally from Brooklyn, New York. She is a current MFA candidate in the Creative Writing & Environment program at Iowa State University and poetry editor of Flyway. She was awarded a tuition grant to study at the Juniper Summer Writing Institute. Her work has been published or is forthcoming in Cosmonauts Avenue, Booth, Hyperallergic, The Ilanot Review, Punchnel’s, and elsewhere. Most recently, her poem was a finalist in The Comstock Review‘s Muriel Craft Bailey Poetry Prize.