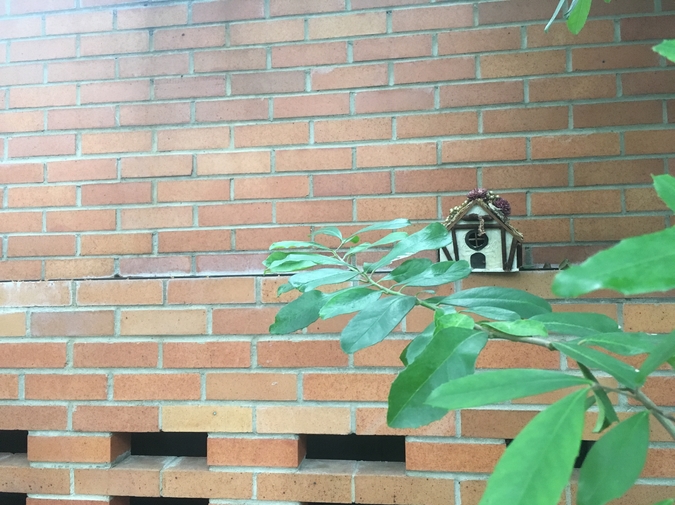 next to windows, snaking
vines around the glass, framing the outside

green in green. In Oregon,
I’ll have hardwoods and pay

less, which seems precarious
at best. I keep saying precarious

because I just learned what it means.
I said it twice walking back from breakfast

with a friend, standing on benches to get closer
to the sun. I said do you feel

today, what the hell? The two of us walked
until we were sunny

in the thrift store jackets section.
They leaned across the rack,

under their jaw. I was waving
my arms, eulogizing fleece

and quarter zips while they
smiled unblinking and mouth closed.

Later in their secondhand
smoke cloud, I caught the sun

pooling in their algae
green irises. And finally I noticed

them, their eyelashes and their eyebrows
and their bangs and almost their skin

all this same grapefruity palette,
a quick future I could

move into—they were summarizing
a favorite book in the sun.

I don’t want to keep writing about flowers

when I saw many delightful things this week. Like when I woke up on Thursday knowing it was going to be sunny, and it was. When I got to class and opened the blinds. I think the leaves on my one stupid tree I can’t stop writing poems about are finally fucking budding, just in time for the flowers down the block to be falling apart. I guess it’s good for blooms to not come all at once, but it feels cruel. Like the street can’t look all good, it must look part terrible, part good, so that we really think the good parts look good. I guess if I wanted it to look all good, I would move to an island in Maine, or to Cape Cod, or to Oregon, where based on the one time I went there in Springtime, I imagine it is always Springtime with flowers so dense and over-bloomed they’ve fallen on the ground to make room for the new ones on the trees. But I don’t want to keep writing about flowers. Another delightful thing I saw this week? The fattest sandwich I’ve ever only paid $2.99 for. The one man at the deli is the best sandwich-maker, and the other people, god bless them, seem to only be his apprentices. The sandwich is on fat French bread, big, sink-your-teeth-into-it bread, with two different kinds of cheese, swiss and cheddar. I’m not going to get any meat. I like it with mayo on one slice and yellow mustard on the other. I like onions, so I ask for a lot of them, often saying Can I have a few more? like the asshole I am, knowing I’m not paying more for extra onions, but after all I’m not getting any meat. I love watching the diagonal cut, smelling the mustard from here, knowing cheddar cuts swiss just right.

Julia Lattimer is the editor-in-chief of Breakwater Review. Much of her work has been published elsewhere, most recently in Scoundrel Time. She runs a queer poetry reading series in Boston, where she also teaches.