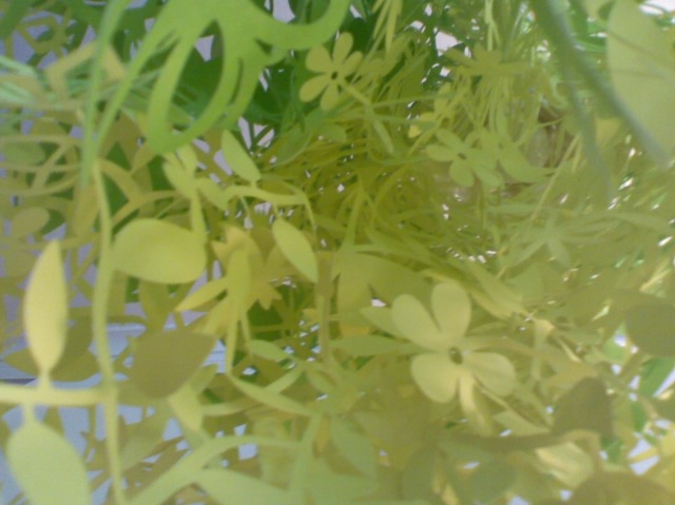 I have been seeing Dr. Brower, my marriage counselor, for just over a year. For the first six months, our conversations were stormy, with cause—she had envisioned our sessions as a triangle, with my wife and I occupying two equidistant points, and I had formed, instead, a single file line. Recently, however, we have settled into a kind of utilitarian civility, like what you see at annual NATO luncheons between foreign dignitaries who have personally ordered the execution of several million of their neighboring country’s citizens. Did you order the brisket? says the German delegate. No, says the President of Russia, the lamb. Ah, the German responds. Ah.

I work nights as a paramedic, parading bodies in various states of disassembly in and out of Hope Memorial on a stretcher or wheelchair; Shelia works second shift at a potato chip manufacturing plant. Despite our opposing schedules, we have no more problems than your average couple and merely wanted to improve our communication skills, as inspired by the nonfiction book Who Moved the Cheese, written by and for corporate managers. While my initial therapeutic goal was to coax a few lines of dialogue from Shelia that did not bear an immediate threat to my person, I have downsized my goal to that of certitude, re: the whereabouts of the cheese, or its mover.

(Now’s probably the time to tell you that this is a journal entry assignment by Dr. Brower, in which I record my experience inhabiting the unfit body of a sad, lonely man.)

So thanks, Dr. Spencer Johnson, for the book. I know some people find autobiographies by penitent flower children gone God to be not only inspirational, but practical, with the day-to-day shit. But I like to cut my teeth on the hard candy: suicide prevention pamphlets disguised as business and lifestyle treatises (Seven Spiritual Laws to Success, say, or The Zen Guide to Hitchhiking).

After stabilizing smashed femurs for twelve hours, I curl up beside Shelia, after gently removing from our marital bed (our only shared context other than cyberspace), her tried and true copy of Why Don’t French Women Get Fat? (Our last conversation about her once-girlish figure ended with her screaming the phrase “large bone structure” repeatedly until I fled the house in panic.)

Despite my efforts to maintain a positive perspective, I have my slumps. “Peaks and valleys,” says Dr. Brower. “We’re trying to avoid the peaks and valleys.”

Last week I attempted to share some of my darker meditations with my wife, rather than Dr. Brower. “The world’s finished,” I told Shelia over breakfast. “Everyone’s either mortally wounded or a zombie.”

“No kidding!” I said. “Who’s Sylvia Plath?” I received, in response, a sneer.

Change is usually instantaneous. When people use the phrase adjustment period what they really mean is aftershock.

Yes, I believe in spontaneous combustion!

So after I betrayed my ignorance about Sylvia, the sovereign god of confessional poetry (Robert Lowell, off your horse!), I came up with a plan to improve my literacy skills while strengthening work relationships: henceforth, I made all co-workers I drove home (in addition to Derek, a permanent fixture in my Camaro after his third DWI in August) read to us from my personal copy of Ariel, stored in the glove compartment. “It’s mandatory,” Derek explains to our stranded co-workers.

It’s normally around 3:30 a.m. when Derek issues the ultimatum, and as the bus doesn’t run through Hamilton after midnight, I get takers.

I kick off our two or three-man poetry readings by manually rolling down all three windows of my car, and handing Derek a roll of duct tape so that he can better secure the garbage bag that presently functions as my fourth window. Then I quote Sylvia’s definition of lyric poetry (“an unstoppable blood-jet”), do a few donuts, and we’re off.

Derek’s dramatic reading of “Daddy” routinely brings me to tears, which I conceal by cinching the drawstring hood of my sweatshirt until there’s only a peephole for my face. A few of Sylvia’s other poems register high on the Richter, particularly when Derek recites them while looking at me. How can I not feel the depths of poetry’s power when Derek pummels the dash screaming “ ‘Where are your nauseous capsules?’ ”

“We’re taking a hiatus from ‘Sheep in Fog’ this week,” I warned Derek on Monday night, as we cruised home with Eli, the janitor of Hope Memorial, sitting bitch between us. “You didn’t see it, but when you read the final stanza last Wednesday, I almost lost control of the wheel at that part when the speaker is being slowly led to a starless, fatherless heaven. Scratch that. I did lose control of the wheel, for about four seconds. In fact, I have no idea why we’re still alive.”

I have come to crave the sense of urgency that Sylvia lends to my life. By urgency I am not referring to undue bladder pressure while stranded somewhere with no restroom facilities. I mean passion. My wife and I don’t speak, and Dr. Brower likes to get clinical, dissecting my soul, then forcing me, buck-naked, before a microscope. To top it off she has refused to divulge her findings. So Sylvia it is.

Lest you think I am being self-indulgent, I am only writing this because Dr. Brower suggested I Put A Pen To Paper in an attempt to exorcise Hidden Resentments toward my spousal partner.

Dr. Brower typically refuses to accompany me on such digressions. If she were forced to put her feelings into words like I am (I am paying to write this, incredible, no?) I believe she would say that humoring me would only aggravate my condition.

My condition: my mother is dying, my father is dead. I’m rocking the golden ratio of working like a dog for diminishing returns, and I exhibit symptoms of Parkinson’s but in the absence of an actual diagnosis am deemed by persons whose opinion I value a hypochondriac. Lastly, I no longer get it on with my wife.

Dr. Brower told me to concretize my imaginary audience—“picture an actual face!”—but who would I want to intentionally burden with my normalcy other than maybe our president, the person whose existential situation most closely mirror mine if you sub out the words “America” for “my mother” and “Democracy” for “my father”?

It’s the stress of what I see on the job that is my greatest source of pain. Four days a week, for agonizingly long stretches, I see, without Novocain such as starchy foods, to what level human beings have sunk, both in their harm of each another and themselves. 400-lb overeaters. Five-year-old kids riddled with bullets. Old grannies who have been brutally raped by savage miscreants claiming to be the postman.

You think I’m kidding? This is my life, Imaginary Audience. You are getting fuzzy, in my mind’s eye: are you nodding your head(s) in sympathy or frowning in scorn?

Fuck it. So my therapy with Dr. Brower—you know what, fuck that too. I’m just going to address this Pen on Paper Exercise to you, Dr. Brower. Why bother with charades when real life is so much funner? So, Jennifer (your first name is on your website! Do you take me for a fool?), I think you should know the qualities I am seeking in you. First, you weed through the chaff with patience. You have faith in the nuggets of gold. Your first response to my journal entries, after a string of superlatives that almost embarrass, is Seek Publication Now. And, finally, you are invested. You find my journal bombastic, and consider terminating our therapy to preserve your own psychosocial equilibrium, before realizing that my misanthropic howls conceal a spirit of utmost fragility.

This is my ideal reader. Jennifer, this is you.

So, last week, when I brought in those printed-out emails from Shelia, I thought you’d be really stoked! In my line of work, going 110% is defined by adjusting the saline bag so the fluids course, rather than drip, into the veins of the shoot-out victim, but in your line of work, I’d like to think that you are touched by patients who demonstrate a desire to actually change their lives.

Jen (Jenn?), I am trying to represent myself as one such individual. If you were overwhelmed by the snowfall of data, I’ll quote key passages from the first 50 (I have 300 saved but will refrain from bringing in the surplus if you find them counterproductive to our Work).

Passage No. 1: If you don’t grout the shower this weekend Mr. Happy is History.

Passage No. 2: I once wanted to hurt myself, and now I want to hurt you.

Passage No. 3: Bring home riblets from you know where or die.

Imaginary Audience (I still need you on an ad hoc basis, like a foil in classical theatre), I am paying good money for Dr. Brower’s professional opinion and do you know what she said? She said, “Do you ever offer to give Shelia a back-rub?”

“Did you bring home the riblets?”

“Are you out of your mind?”

“You inhabit the worldview of a toddler,” said Dr. Brower, matter-of-factly, “and manifest only the most rudimentary trace of empathic understanding. Basically, you believe Shelia has been put in your life to cater to the whims of your tyrannical ego. Thank you for sharing these documents. I’ll see you next week.”

Imaginary Audience, who is messing with whose head? Can therapy make one worse than one was before going in?

Today I told Jennifer I had a breakthrough. “I do not respect my wife,” I said, “because she came into the relationship with low standards. Please understand,” I said. “My reaction would be totally justified by any number of CEOs: not only did I have no incentive to treat her nicely, she wouldn’t have even known the difference!”

Dr. Brower accused me of being “hyperbolic.”

“No disrespect Dr. B.,” I replied. “But this is 2014. If you cannot conceive of a world in which women are treated like stock options—buy it when it’s hot, dump it when it’s not—then you need to get your effing head out of the sand.”

SESSION TERMINATION was the writing on the wall, but Jennifer instead grabbed another one of my email mimeographs at random. It was an oldie but goody:

“Is what exists between us—nothing—worth salvaging?”

“Your wife is brilliant,” said Anita. “Is she in Mensa?”

Today I came to therapy in tears. Too much Plath, too much blood spurting from faces, too much Mountain Dew. The distance from back of ambulance to lip of hospital door is infinite, I told Anita. What I meant, of course, was can I love you into eternity?

Virginia Konchan’s poetry has appeared in The New Yorker, The Believer, and The New Republic, and her fiction has appeared or is forthcoming in StoryQuarterly, Joyland, Memorious, Requited, and PANK.  Co-founder of Matter, a journal of poetry and political commentary, she lives in Chicago.