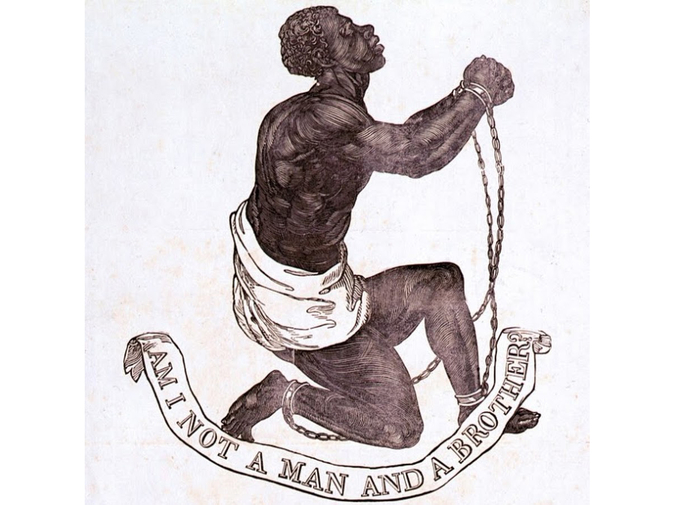 People are trapped in history and history is trapped in them.
James Baldwin

Even before I switched to Healthtrax I knew I would be stared at. I had a free two-week pass to try out the gym, and every time I worked out it happened. It was August 2016. The gym I had been at for fourteen years, Gold’s gym, was closing, and I needed a place with hours that were conducive to my schedule. Healthtrax was clean, had good equipment, and the layout and feel of Gold’s. So I joined September 1, paying an extra fifteen dollars a month, and knowing that I was the only one of two Black members there.

One day, during my first month at Healthtrax, I noticed a locally well-known lawyer eyeballing me. I recognized him from his commercials. We were both on the weight floor lifting, using nautilus machines. He kept eyeballing me. It went on for some time until finally, annoyed, I stared back. Unafraid, he challenged my staring, and next thing I knew, I heard the word “nappy" spew from his mouth. I said, What? wondering if my ears had played me false. I thought you were someone else, he said, picking up his fancy leather gym bag, and walking away. That day, my hair puffed out like an Afro. I hadn’t had it cut in over a month, which was something I had done most of my life was get a haircut about once a month. For twenty years I had been working out at gyms, and hadn’t experienced any such derogatory language. It brought me back to the days when I was a kid.

I grew up in the predominantly all-white neighborhood of Warwick, Rhode Island; I was one of only two Black kids in my elementary, junior high, and high schools. I dressed well, presented myself well, got good grades. I smelled of Ralph Lauren’s Polo cologne that made girls come by my locker to get a whiff. I wore it to mask the inferiority I felt from only being able to shower once a week because my divorced mother worked three jobs, and could only afford to empty the cesspool in our backyard once a year. Monday through Saturday I washed up in the bathroom sink with a wash cloth. I remember after taking my Sunday shower seeing residue left behind on the white towels when I dried—a blackish, brownish dirty color. The mark was from me, from my clean skin that I had washed so thoroughly. It made me believe that my skin was not only ugly but dirty.

I lived with this belief until a few months ago when I came across “White Towel, Black Skin” by Michael Wade Smith. Smith stated that brown skin’s growth shows on the towel; as I wash it, I remove a layer, and another layer is already growing in its place. White skin doesn’t reveal growth on the towel every time after a shower. His theory not only made sense, it made me feel ashamed. I’m also ashamed to divulge that I practiced pursing my big lips in the mirror so they appeared smaller, asking my mother to have plastic surgery on my nose so it didn’t look so negro, and never showering after gym class because my large penis was abnormal in comparison to all the other guy’s in the locker room. I didn’t want any part of being Black. I just wanted to be a normal part of society. I saw white as the way to make that happen.

Yet I loved Black culture, I engulfed myself in it. I listened to rap, gospel music, soul, R&B, and reggae music. I wore hip hop clothes. I spoke Black stereotypical dialect. I waxed poetic about how “Black don’t crack” and “Black is beautiful.” I lauded that Black women are the most beautiful women in the world; their skin as ageless as any evergreen. I related to the archetypes about the Black man. I just didn’t want to be a Black man. Many of birthday candles I blew out with wishes to be white. Every night, being the good catholic, catechism boy I was raised, I got down on my knees beside my bed and prayed for God to tell me why I was born this way. Was there something that I did to deserve this punishment? Why was I alive if I had to go through life being despised?

My mother subscribed to Jet and Ebony. On the covers I noticed Blacks whose looks mimicked those of whites. I viewed it as Negroes surrendering the fight for social acceptance and psychological comfort in white caste society. When I saw Blacks depict their African features, clothing, and hair—Grace Jones, Spike Lee, Iman—I saw them as unattractive, unaccepted outcast of American society. That belief became instilled in me when I saw Beverly Johnson, the first Black woman to grace the cover of Vogue, looking no different than a tanned white woman. For many Blacks that barrier-breaking 1974 cover was a huge deal, as was Tina Turner being the first Black woman to grace the cover of Vanity Fair. For me, it enforced my beliefs in how to make it big in white America. My mother kept those magazines stacked in the living room coffee table. I read, studied them religiously.

Like most Black folk, I had been fed the white version of Black history, and because of this, I had no clue about the facts of my African ancestry. It’s hard for Blacks who tell non-traditional stories about Black history to be published and have their material used in public schools. Most elementary and secondary school students will never be exposed to the writings of James Baldwin, Toni Morrison, Richard Wright, Solomon Northup. By the time I graduated high school, all I had learned about Blacks was how Abraham Lincoln emancipated us, Rosa Parks sat down on a bus, and Martin Luther King Jr. was assassinated trying to fully liberate us.

It wasn’t until 2011 when I read Black Skin, White Mask by Frantz Fanon that I embraced my Blackness. The book was required reading for the course I was taking through the Harvard Extension School, Global Health Case Studies from a Biosocial Perspective. It was taught by United Nations Deputy Special Envoy to Haiti and chair of Global Health and Social Medicine at Harvard Medical School, Paul Farmer. In the chapter, “The Lived Experience of the Black Man,” Fanon wrote,

For not only must the black man be black; he must be black in relation to the white man. In the white world, the black man encounters difficulties in elaborating his body schema, and around it reigns an atmosphere of certain uncertainty. All I wanted was to quite simply be a man among men. I would have liked to enter our world young and sleek, a world we could build together.

His words were like a hurricane that sweeps through the forest, and opens for itself a way among the hills. I realized I lived in a cultural vacuum and had no cultural roots in the Negro. Fanon ennobled me, raised me out of mire, out of my self-hatred, and gave me the strength to slough off my inferiority complex that manifested as a constant need for white reassurance and approval.

I went on to read many other Black writers—seeing Blackness for the first time through the eyes of my African and slave ancestors. But it was James Baldwin’s letter to his nephew that rid me of my marred self-image, and helped me claim my Black worthiness.

You were born where you were born and faced the future that you faced because you were black and for no other reason. The limits to your ambition were thus expected to be settled. You were born into a society which spelled out with brutal clarity and in as many ways as possible that you were a worthless human being. You were not expected to aspire to excellence. You were expected to make peace with mediocrity…. Take no one’s word for anything, including mine, but trust your experience. Know whence you came. If you know whence you came, there is really no limit to where you can go. The details and symbols of your life have been deliberately constructed to make you believe what white people say about you. Please try to remember that what they believe, as well as what they do and cause you to endure, does not testify to your inferiority, but to their inhumanity and fear.

Those questions I asked God as a young Black boy kneeling by the side of my bed every night all went away at the age of forty-two when I read Baldwin. That quote will stay in my head for the remainder of my days. For all the time I felt like my brown skin was my personal prison, I realized at that moment it wasn’t my problem, but theirs. There was and is nothing wrong with the color of my skin, or theirs. Baldwin and many other Black authors helped embolden me and this stance I have embraced.

It’s an embarrassing, hard truth for a Black man to admit once hating his Blackness and brown skin. But at forty-seven years old, I have this raging case of survivor’s guilt that drives my writing and drives my kinship with Blackness that surpasses knowing that in 1999 a Memphis jury ruled that local, state, and federal governments “were deeply involved in the assassination of Martin Luther King Jr., and James Earl Ray was set up to take the blame.” Baldwin and many other Black authors helped embolden me and this stance I have embraced.

In the three years I’ve been at Healthtrax, that lawyer, who I see five times a week, has never apologized, never once said hi. He brushes against me when we pass each other by. But I hold my head up high. I didn’t quit, although, I can’t lie, the thought did cross my mind. I, instead, informed the desk associates who I have since befriended, and who told me he got scolded once before for this type of arrogance. Speaking up for myself, reminded of the words that Baldwin wrote, and forced me to address the thoughts of disgust I acknowledge the lawyer's behavior made me feel. I had never taken such a public stance before. I didn’t wallow or feel guilty. Shockingly he says hello now and no longer brushes past me. I’m not just one of two brown skinned men anymore at the gym. There are a few more of us now, and we have somehow found a way to all blend in.

I expect I’ll find myself in another racism situation again, as well as being one of a few Blacks among an ocean of white people. And I will handle it when it happens. I’m just happy to finally like my brown skin and be comfortable with my Blackness and these two things aren’t mutually exclusive.

Allen M. Price is a writer from Rhode Island. He has an MA in journalism from Emerson College. His fiction and nonfiction work appears or is forthcoming in Transition Magazine, The Masters Review, upstreet, Zone 3, Vol. 1 Brooklyn, Entropy, Juked, Bayou, River Teeth, The Fourth River (chosen by guest editor Ira Sukrungruang), Jellyfish Review, Sou’wester, Cosmonauts Avenue, Gertrude Press, The Adirondack Review, The Saturday Evening Post, among others. An excerpt of his screenplay ‘Dark Ocean Night’ appears in The Louisville Review. His chapbook ‘The Unintended Consequences of Haitian Reparation’ appears in Hawai’i Review.