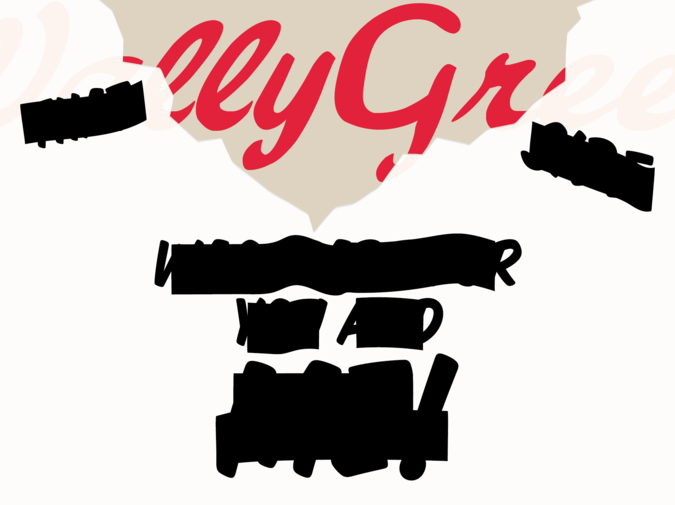 So then so he goes “How do you know I don’t suffer say from some crushing mental illness? How do you know that that’s not my deficit?” Because I had said something about how he’s not seeing how these people are all born starting and operating from a deficit and he goes “How do you know that’s not my starting point? Way back there. By those rocks.” There were rocks there. Still are rocks there one would have to suppose. You know that one spot in the park? Where there’s like the bridge with the cobblestone part and the sort of tunnel under it? And then yeah on the ground there’s like those big rocks where the grass meets the cement. Some flowers and plants and whatnot. I don’t know. Petunias maybe? Are those the sort of purplish ones with the black and yellow bits? Some brown bits maybe? I don’t know. I don’t know why I said that. Petunias. I have no idea what petunias look like.

But so anyways forget the petunias because then he goes “What makes you so sure I’ve not had a whole life of torrential thoughts?” Torrential thoughts. Those were his exact words. And then right so I know but that’s what he said and so but then and so and then he goes “What makes you so sure I’ve not had certain other setbacks? You think that just because someone’s had certain setbacks that means I can’t also have certain other setbacks? What makes you so sure I’ve had some kind of a giant head start? Are you in my head? Do you know what goes on up here? Do you know what’s preceded all that goes on up here? All the intricate details?” And when he said that part he like emphasized the first halves of the words. The whatchamacallits the syllables. But only the first ones in there. “ALL the IN-tricate DE-tails.” Like that. But not the the. He sort of just sped through the the. Like the the was the second syllable or whatever it is. Of the first word I mean. Like the first word was “allthe.” But he said it like “ALL-the.” Like that. “ALL-the IN-tricate DE-tails.”

Right but so get this because so then he goes after he like pauses for a minute and looks up at the sky but not really at the sky but just in the direction of the sky but you know really he’s just looking into his own thoughts but it’s like they’re on the other side of the sky or something his thoughts but so then he goes “You know what I apologize. I would like to apologize. I’m having a bad day. I came here to run it off. To sweat it out. Then things sort of went sideways. I saw you and your sign. And I got distracted. And then I ran into that girl. On accident. I wasn’t thinking or paying attention. I wasn’t looking where I was going. And so I wasn’t seeing right in front of me. And isn’t that just it? Isn’t that the thing we’re all doing? But then you stepped in and said whatever it was that you said. I honestly can’t even remember what it was now. But things then as you know went south from there. That’s what happened. And then I lost my temper. I got angry about it. And it’s not fair to you because I was already angry about other things. On a different day it might have happened differently. But it’s not a different day. It’s today. And that’s what happened and that’s what I did. And I can’t now take back what's already happened or what I did.”

And to that I just sort of nodded and looked down a little because I didn’t see it coming and I guess I just needed a minute because I won’t lie I felt kind of touched by all that what he said. Even the angry bits made a sort of touching sense. And but so after I had had my minute and he was still just kind of standing there breathing and sweating the way you can probably imagine one might be doing after running and then getting angry so soon right afterwards I just go “You know what the girl’s gonna be fine. She only really just had a little bit of a scraped elbow and knee is all. When all was said and done over there before. Nothing one of them big Band-Aids can’t resolve.”

And so that was kind of the turning point because then from there we moved a little closer together and then we walked over to a bench and just sat and talked some more. He made a kind of a kind gesture or an offer and I kindly accepted it and so anyways then after that we walked over to the WallyGreens the one over there on whatchamacallit near the park there and so anyways then he went ahead and bought me some tape for fixing up my sign. And so now here we both are in this brighter place of an almost a kind of conclusion because now he feels better and I feel better and my sign again clearly states [REDACTED OUT OF SENSITIVITY TO READERS OF LITERATURE] in that sort of three-point design I explained to you more about I believe it was possibly after our movie night on I think it was a Wednesday night that week on what was it two weeks ago now? When you suggested that I add that whatchamacallit hashtag code and I proceeded to then after a bit of due diligence I proceeded to then go ahead and add that? To the sign? I believe it was two weeks ago but it might well have been three.

And so right but so either way he went ahead and he put some of that real Scotch Tape not just the WallyGreens stuff on my sign and he even did it right there himself instead of leaving it for me to do whilst we were sitting there outside the WallyGreens on a different bench now. But and so the point to all of this I think and the best part is that we’ve now gone ahead and agreed to meet once a week for coffee and but let’s just be real honest because it’s really just to discuss “all the intricate details” tumbling around in both that head of his and this one of mine and to then possibly maybe even hash some things out or to at least maybe see where we might be able to at least find some common ground from which we can stand on together and move forwards from there. I don’t as you know particularly like the taste of coffee but so I’m thinking I’ll probably just treat myself a little bit that one day each week and order myself maybe a hot chocolate if they have one and then maybe some marshmallows if they have any of those. And but even if they don’t I’ll honestly just be happy just to have some water and our agreed-upon whatchamacallit discourse. I honestly think even just that will be a good thing to be honest.

Brian Leli is a writer and teacher from a suburb of Chicago. He currently lives in northern Thailand.