Maggie and Her Gusto 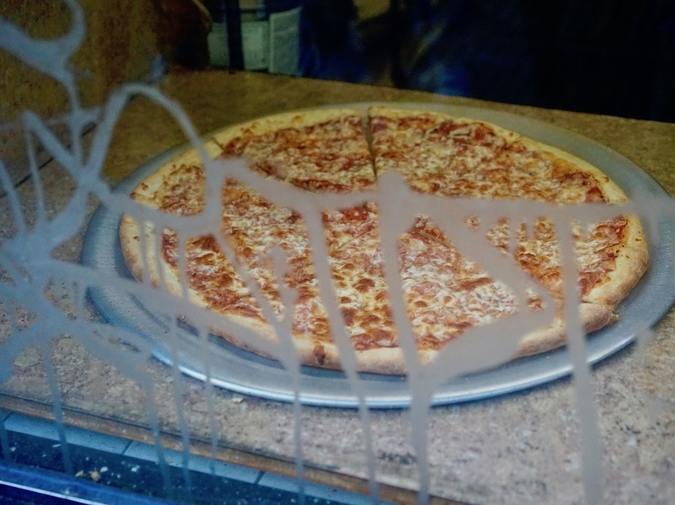 We agreed to meet in a bar known as the ‘anus of the city.’ It had terrible lighting which obscured its ugly regulars. The regulars had heads like onions with names like Fred, Harry, Deborah, Henrietta. Years of drinking had withered their necks to the size of cocktail sticks and I didn’t pity them because I liked hating them. We sat down on two cracked-leather stools and before she could say hello I put my hand out and said, “I haven’t made love to a woman in five years and the birth of my children has brought with it a sense of impending dread.”

“That’s okay,” she said, raising her hand also, and I noticed her nails were painted – what did this mean? Did it mean anything? – “because I am also in a relationship with a man I hate with a passion and have dreamt about other men and women fudging me for the same amount of time.”

And to be honest, it was a relief. For weeks preceding this meeting, I had been searching for somebody with the same sense of fantasy as me, somebody who was desperate to indulge in sexual perversions. I went on: “do you wake up sweating, thinking you will die unsatisfied?”

“Yes, they are. I’ll order some more.” I banged the counter and said barkeep! More olives! I hadn’t been in a bar for many years and had forgotten what level to pitch my voice at. Was I being too loud? Perhaps. I didn’t know how to play it cool. My pockets were filled with condoms and small pieces of paper with song lyrics on. I had this idea that if the date was going badly, I would break into song and this would impress her, impel her to stay.

“My kids are called Jerry and Lucille,” I said, putting two olives in my mouth. “I used to like Jerry but now he doesn’t respect me because his shoe size is bigger than mine. My daughter Lucille, though, I could take her or leave her.”

“Will you take her or leave her then?”

“I think leave,” I said. “Look, I want to run away with you.” She smirked. It was a crazy plan. I wanted to ditch my children and wife and take this woman across the country. “I want to run away and fuck you. I want to fuck a lot, you see. I have a lot of plans for how and when I should fuck. Do you? I also want to buy a gun and a large knife and murder people.”

“Buy me a drink, lover,” she said. Her hair was so long that it reached down and nearly touched the floor. What country was she from? I didn’t dare to ask.

“You’re exotic,” I said. “Do you like it when I say that? Your skin is dark. I’m thinking half middle eastern, am I right? Jesus, it’s hot in here. Barkeep! Open the window will you?”

There were no windows in there and I ordered two of every drink, a Noah’s ark style evening of drinking. “So what do you say? Would you like to fuck a man like me every day? And murder people?”

As a young man, I’d been told I had patience, that I never took too much control. I conceded, my father would say. I was a pushover, he would say. I dated several women and made love in boring ways. I can’t orgasm unless a woman’s body is in the same position every time. I pump away and think of devastating things. My wife told me I was terrible in bed and that I wasn’t a considerate fucker. Okay, I said and we then had two children and I sometimes want to tell them that they are born from the clay of bad sex, slow missionary so as to avoid heart palpitations.

“Maggie, I’m sorry. I am just so…happy we are here together.”

She adjusted herself on the stool. “Frankly, you’re not my type. You’re a little on the ugly side,” she said. She wasn’t wrong. I belonged with the regulars. I had boils on my knuckles and a nose that people mistook for a cancerous growth. I spoke in a high pitched voice and cried when it rained.

“But look,” she said, raising her glass to her mouth. “I admire what you’re doing here. You want me and you want to murder.”

“Who do you want to murder?”

“Everybody. Men and women and children. Cats and dogs, too. Fuck reptiles too, I say. Fuck grandmothers and grandfathers. Fuck ducks and geese, horses and fish. I just want to kill. Does that make sense?”

She nodded. “We should start with our lovers.” It was a beautiful moment. I smiled a big smile, teeth and all. She remarked on my gums, the first instance of gum remarking since my mother twenty years prior.

We finished our drinks and I thought of stabbing this great country right in its big fat belly.

I suggested a walk around the park. “We have two legs, we can walk,” I said. “That’s more than some. Some people have their wheels. Others are stuck indoors forever. But not us – the world is our oyster.” I thumped my legs and flexed my bicep, hoping she would see it. “I can lift that bench over there.”

So we left the anus of the city and walked out into the cold night air. It smelled of sewage that evening. The city always smelled of something rotten and every day was a revelation in that way.

We walked around using our legs. We breathed the park air in through our nostrils and spoke about how we would murder our lovers. We thought of bludgeoning, of strangulation, buggery, setting them on fire, shooting them between the eyes, slitting their throats. We saw a couple being carried around by a horse and carriage and the horse looked depressed and worthy of death.

The evening came to an end. We kissed on the lips and I said goodbye, see you soon. I walked home with a semi-erection.

When I got home that evening, even my front door depressed me. The creak of it, the colour. All of the family photographs too, the ones of my wife, her face so spiteful and my two children holding rackets and balls in carefully held poses. Everything in the house was upsetting. The walls were sad and the carpets looked drained of life. My house was a corpse that had been bled dry. But I took my clothes off with glee and thought of Maggie and her gusto.

I went to bed and slept next to my wife who snored for many hours. I said hello my love and she said hmmmm. There was a funny feeling as I held my wife. I knew I wouldn’t call Maggie back, but she would join the others and they would all be pushing me on to be the best man I could be.

Oliver Zarandi is the editor of FUNHOUSE, a magazine about bodies and diseases. His most recent work has appeared in Hotel, Fanzine and Little White Lies. He's working on a novel called IDIOTS. Follow him on @zarandi or @funhousemag.