It's Later Than You Think 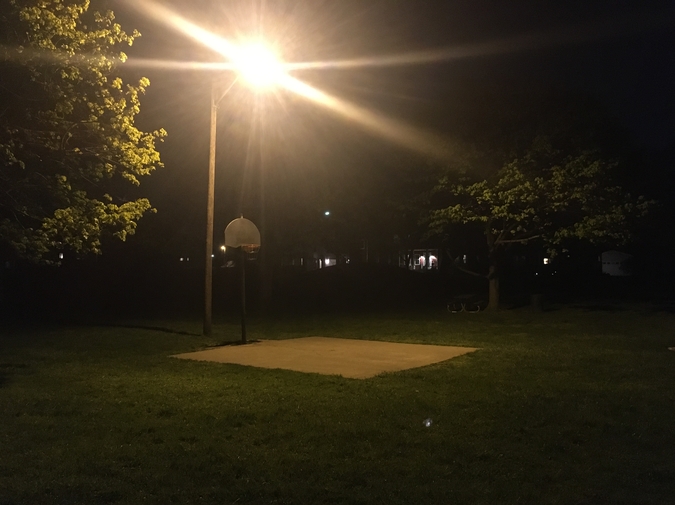 When I was dead, I returned to my father’s house, an old farmstead in Northwestern Ohio, and I stood alone in the gravel drive, satisfied to see that the house was just as I remembered it—small and gray, rising on a plot of land west of a moonlit apple orchard. I had not been to my father’s house for some ten years because Los Angeles, where I lived, was so far from Ohio. But I’d never doubted that I would return to the place where I’d once played with the old farm dog and climbed the big apple tree to sit on a branch and call down to my father from the leaves as if I’d become invisible. I did not knock on the door of the house because only a stranger would knock, and I was no stranger, no matter how long I stayed away. Instead, I walked inside and stood in the dark of the kitchen, listening to the sound of the television and smelling the lingering scent of whatever lonely dish my father had eaten that evening. I went to the living room and stood in the doorway until my father, who sat watching television, glanced up. His smile was almost the same as it had been ten years ago, though perhaps slightly altered by the passage of time. I wondered if I looked older too. More than that, I wondered if I looked as though I had died. Was I pale? Disheveled? My father stood from his chair and walked toward me, moving slower than he once had, and he put his arms around me and said my name. I hugged him. My father didn’t ask why I carried no luggage; instead, he said, I didn’t know you were coming. I would have picked you up at the airport. I would have driven you. And I said I’d wanted to surprise him, and he asked me if I was hungry. I said I was not, remembering the last thing I’d eaten, a turkey sandwich with no mustard and no mayonnaise. The bread had been dry. The sandwich remained in my stomach and would probably always remain my there, and my father asked me to come and sit with him. Unless you’re tired, he said. If you’re tired, I’ll go upstairs and make your bed. I just washed some sheets. But I was not tired, and I did not want to go bed. I sat with my father and we talked for a time about Los Angeles and what was happening there, and then, we watched what was on the television, and my father fell asleep in his chair; he snored as he slept, and I smiled at this because I remembered how he used to snore when I was very young. And I looked around the room, shining the lights of my eyes over everything, soft yellow lights, casting shadows, black shadows.

Adam McOmber is the author of three novels, The White Forest (Touchstone), Jesus and John (Lethe) and The Ghost Finders (JournalStone), as well as two collections of short stories: My House Gathers Desires (BOA) and This New & Poisonous Air (BOA). His new collection of flash and experimental fiction, Fantasy Kit, will be published by Black Lawrence Press in June 2022. He is also currently working on a queer retelling of Arthur Conan Doyle's The Hound of the Baskervilles that will be published by Lethe Press in digital installments. He is a core faculty member in the Writing Program at Vermont College of Fine Arts as well as editor in chief of the literary magazine Hunger Mountain Review.