In July, 2002, The Mascot Answers A Question 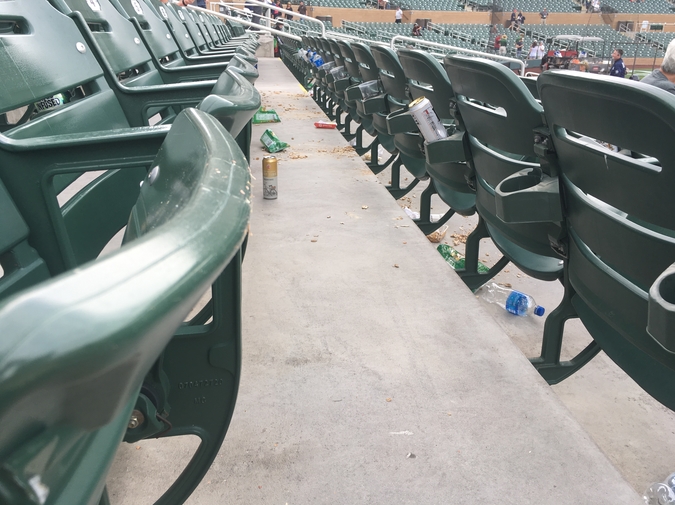 I was at the ballpark watching the Winston-Salem
Warthogs lose to Kinston in a Single A struggle. The
beer was cold, the hot dogs a dollar. They announced
Wally the Warthog was behind the home dugout
selling T-shirts—five bucks, all sizes. I joined the
crowd and bought an XL. Wally was having a ball as
he yelled, flipped the bird to the umpires, and collected
five dollar bills by the handful. I got closer and asked
him if this was better than his day job. His glass eyes
gleamed, his jaw seemed to move as he answered,
you'll never know.

Robert Halleck has been writing poetry for over 50 years. It is more than a hobby but it does not crowd out other activities such as golf, autocross racing, and caregiving through Stephen Ministries. Some of his recent poems have appeared in The San Diego Poetry Annual, Remington Review, and Third Wednesday. He is a member of San Diego's Not Dead Yet Poets and hopes to continue being one for many years. He is a regular attendee at The Kenyon Review's Summer Poetry Workshops.