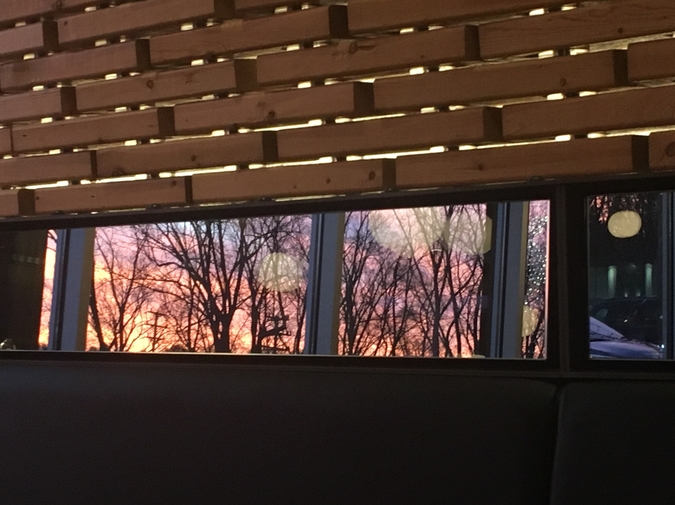 When I was thirty I found my birth mom. I’d written her letters but never sent them. I’d paid for my birth certificate to get her name and then promptly lost the certificate. I’d written a story about my conception and infancy when I was in high school. It had been full of things a high school boy likes: fire, murder, ennui. It had not been about her.

I was in Nashville when I found her. It was Thanksgiving and I was sitting in a finished basement eating vegan turkey and listening to my in-laws shout at one another in Spanish.

My brother-in-law, Gerald, hadn’t been returning phone calls and my in-laws were afraid he was back with his ex. Last time that had happened they’d had to drive to Dayton to find him. When he came home, he’d laid in bed for a week, crying. He was the only person in my wife’s family that I felt was as chronically fucked up as I was and I wanted to tell her parents that if I were them I’d go to Lucky’s in Dayton to look for him. But they weren’t listening. They were shouting. And then my father-in-law was going out on the porch to sit with the dog in silence. My mother-in-law slammed a pan in the sink so hard I bit my tongue.

I went into the bathroom because I was bleeding, but I didn’t know what to do when I was in there. I sat on the toilet swallowing my blood. I called Gerald, but it went to voicemail. I texted him, Are you at Lucky’s?

After a minute he texted back, yes.

My wife knocked quietly on the door.

Just a minute, I said.

I texted, your parents are worried.

I watched the text ellipses gyrate, gyrate, then stop.

You sure you’re okay? my wife asked.

It’s okay to be afraid, I told Gerald, I’m afraid all the time.

Like of my birth mom not being— I started to text, but I didn’t know how to finish.

I was sick of being alone with my blood, so I went out to show my wife.

I opened my mouth. How bad is it?

Her dad had come back in. He looked angry. As if my pain was interfering with things.

What happened? he asked.

Her dad rolled his eyes. He and the dog went to the kitchen where the shouting started up again.

It was later when I messaged my birth mom. I was using Facebook. I tried to tell myself this was better. The letters had been too formal. With that kind of formality, nothing could be accomplished.

Everyone was asleep in the world except for me. I was so awake that the black room seemed stingingly bright. I had been born early and was confined to an incubator for a month. I tried to think of how the world must have looked. Blotches and blurs moving madly in random. Or had I been totally blind?

Is this a scam? my birth mom wrote back.

I’m still thinking up a reply to that.