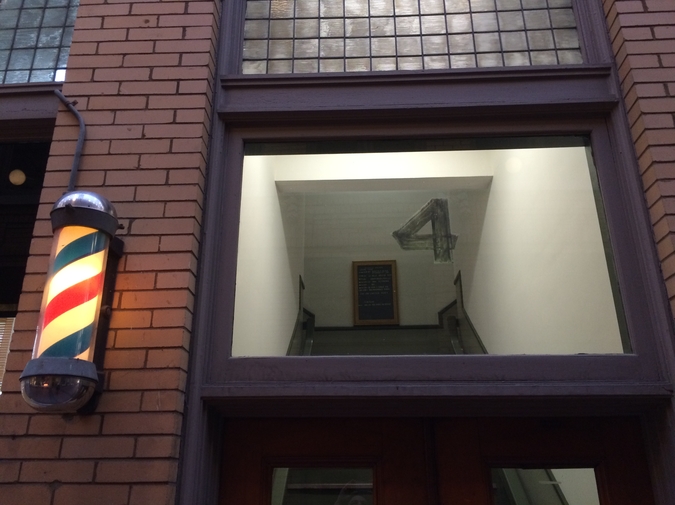 I Wrote a Eulogy for What We Used to Be

I sank into
what seemed like an endless abyss
of blue distraught and infinite sadness;
I realized I had no way of feeling like I'd be loved by you ever again.

I chose to leave what we had
because my jealousy turned into betrayal.
Separating us was a vindictive action
that was killing me months after I'd finalized my decision to not be in your life.
Idk if it was killing you

I was depressed b/c I missed the feeling of acceptance and care that you gifted me.
I was angry b/c I knew that I made it go away.
I was down b/c I knew there was no going back to
those days.

I wrote an eulogy for what we used to be.

If this is what being in love
can cause
then I don't know if I'd give it another try.

When you were a freshman
those were the days I had a car.
I drove an hour and ten minutes to see you a few times a month.

One night your roommates wanted to go to a club.
I wanted to stay in the room with you because I thought I was in love.

Your friends convinced you to wear bright red pumps,
atrocious makeup
And a transparent netted top that exposed the skin of your torso and your bra.

The club in question was a predominately homosexual one.

I knew that you had an old lover who was a woman.
I was 19 and insecure
so going made me feel uncomfortable.

You made me feel even more self-conscious when you mentioned that I might get mistaken for a lesbian based off of my body type and baggy clothes.

I'm still working on losing weight ever since that comment was said four years ago.

When we arrived
you refused to dance with me.
You had a strange policy.
You only danced with ppl you didn't know.

I didn't know what to do.

The music sucked because it was all over-played radio hits
And
I couldn't dance with anyone.
The men only danced with other men.
The women only danced with other women.
I was excluded from everyone.
I didn't even think to ask the heterosexual girls because I knew they were only in attendance to escape the groping savage assholes from typical clubs.

I sat down.
bored
and watched people grind their pelvises onto other pelvises and asses.

I saw a dread-headed girl dressed like a 2oo4 Atlanta-based rapper staring at you.
She wanted you.
Your friends pointed it out to you.
They encouraged you to go talk to her and you did.

Your body language was shy and timid but flirtatious.
Her demeanor was masculine.
She looked at you with seductive eyes and licked her lips like
LL COOL J.
She asked you to dance.
You were waiting for.
You were the dog.

A slow grind song came on as if the DJ was catering to your situation.

You two were face to face
with her hands at your hips
as your lower bodies moved slowly and sensually to the beat.

I felt sick.
I wanted to leave and I couldn't watch any more.
I was in love with you.
Watching you share a lustful passionate moment with anybody fucked me up.
I had never felt jealousy before that moment.

Your friends tried to talk to me
and I didn't talk back.
I hated that woman who lured you in.

You spent the rest of the time at the club with her.

When we finally left
a promoter tried to hand me a flyer as I left.
I ripped em all from her hand and threw them on the ground.
Fuck that place.

I didn't smoke cigarettes back then but people in the movies usually smoked when stressed or agitated.

I got a black n mild.

I puffed it as you and I
and your annoying friends walked back.

I was upset.
I showed that to you by being
short and cold.
I didn't even look at you.
I looked forward.
It was a foreshadowing
of the rest of my life.

Your friends walked ahead as you pulled me to the side.
You stood in front of me and looked me in my face.
I continued to not look at you as I smoked the black.

You Said It Was True Until It Wasn't

We were never in a committed relationship.
We were never dating.
Our friendship just continued to evolve.
Our feelings for one another just became stronger.

We dropped L-bombs.
We spent 391 lifetimes together
in my dreams
one night.
lalaland.
You called me to wake me up for my 8 am class even though your class wasn't until 11.

I stopped talking to you initially when I asked if you fucked another guy who visited from outta town as often as I did.

You paused.
You admitted.

I remember the window I was looking out of
and how fucked up its blinds were.

But how fucked up and blind was i?

My throat lumped.
My thumb didn't hesitate to click
'End'

Your roommate made a remark about us loving each other a month before this phone call.
You answered immediately that we did as you sat on my lap and we shared an apple.
Now, I'm not sure exactly what you meant.

You called for days after I hung
up.
I never answered.
I didn't want to share you.

I answered after 5 days and you yelled at me.
You thought I could've been dead.
You cared
but obviously love has many definitions.

The Anticipation Was My Alarm Clock

It was the semester that I wanted to forget you existed.
but soon after giving up on us,
I saw her.

She had that stare.
that stare that
I'm not sure even you are aware you have.

Her hair was yours
and she had forged a copy of your body somehow.
She collected and replenished
the cells from dead skin you left behind
and wore it as her own.
Little did she know
your skin was as sensitive
as I was.

I saw this replica
for 106 days.
consecutively.

I was entitled to my grieving
and she salted my wound.
Laughing.
Haunting me.
anywhere I'd go.
Everywhere I went.
Making erasing you impossible.

I had no interest in meeting you
on the beaches of Mantauk.

She was your ghost.
She was my shadow.

You in mind.
her in my world.

Victor Freeze makes money for a living, lives in Charlotte (N.C.) where he is 'in a band,' tweets, and just got a house after a year of homelessness.