The Weather in Minnesota 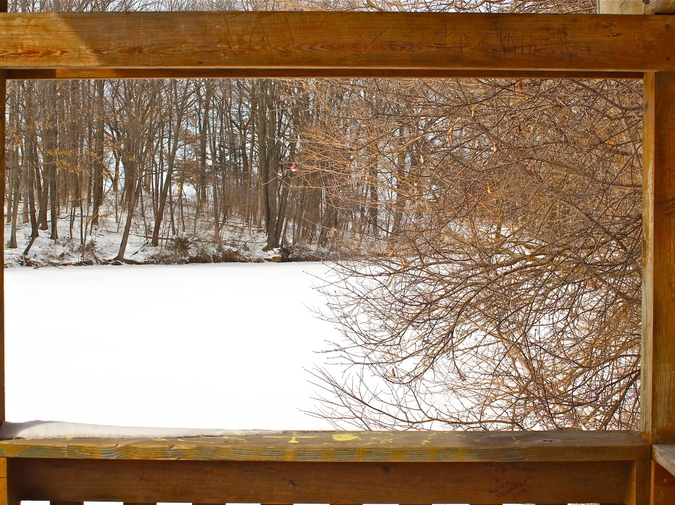 The Minnesota snow fell heavy as punishment. Flakes thick enough to crack pavement. A young girl stood before the meat and seafood counter at HyVee, dark puddle of melted Minnesota forming at her boots.

The girl, tiny hands in plaid knit gloves, coat thick enough to bind her arms, gave off an aroma of savory soup. Perhaps her family ran a restaurant and had sent her to fetch provisions. Or maybe she was nursing a baby monster at home, a real fire-breather she aimed to feed hearty stew, raise it large enough to thaw the entire state for good.

The young meat and seafood worker had never heard an order like this.

The girl tilted her head. She plucked fingers free from gloves one at a time, then crouched down and fished up a thick wad of bills from her boot. With cold-numb fingers, she flipped through, and the counter clerk hurriedly wrapped steak and fish in thick paper.

The girl paid for the food and pushed her cart to the parking lot and beyond, wheeling it over Minnesota slush and little continents of ice floating in stinging water. People at stop lights, exhaust billowing from vehicles like smoke from a pipe, watched the girl crossing streets. Snow continued to fall, puffy white clinging to her hair and eyelashes and hat and coat.

She panted and pushed through the downtown, past churches and barbershops and tea houses. After a breather during which dogs sniffed excitedly at the meat protected behind steel bars, she continued, legs straining, boots sliding about on snow. For some stretches, she had to trudge through people’s yards, digging heels into dirt and frozen grass for enough traction to move all that fish and meat.

At the top of the hill was her house, a small, utterly ordinary Minnesota house capped in white. It looked awfully tired of winter.

After tugging the cart up the front steps one bump at a time, she unlocked and opened the door, which was shockingly heavy and swung as if it guarded a dungeon. She wheeled the cart into a spacious room wherein a faint glow flickered beneath a tremendous black pot.

While she unwrapped steaks, cut free chicken, and ripped open bags of seafood, her monster curled its gigantic body around the pot and huffed embers of life onto the fire below. As the girl added the meat and fish to the pot, the rich soup bubbled its warmth into the room. The monster breathed slow streams of flame against the pot, and the warmth flowed into the girl’s tiny palms, into her hair and eyelashes and hat and coat, and everything in Minnesota began to melt.

James Sullivan has split his adult life between the Midwestern US and Japan. He lives in Minnesota now and is writing a novel. His recent stories and essays have appeared or are forthcoming in Third Coast, Fourteen Hills, The Molotov Cocktail, and Ligeia Magazine. Read his tweets @jfsullivan4th