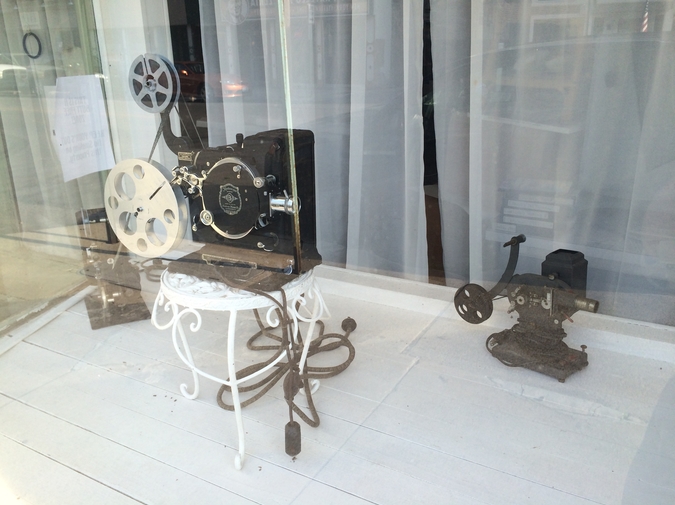 I’ve been shipped off to spend the summer with my uncle in Beijing. There is my face in the computer’s reflective meniscus, watching his stocks. He has left me a mobile phone. If the line exceeds a certain point, he said, call him. The screen is composed of six florescent functions ticking across a black background, numbers and signs that look like they’re predicting earthquakes. An ashtray in front of computer gives off a sticky sweet smell. I’ve been instructed, by others, that every time I smell smoke I am to scold my uncle. My uncle is the younger brother of a previous generation. I know that although he has never had a job he has money. Yet I am afraid that if I take my eyes off the screen, if I miss some essential sign, I will bring his shadowy fortune to ruin.

There is talk of a scholar who published a book on Project 571, Lin Biao’s misfired coup.  He is arrested, and the heat of summer does more to agitate the people in the city. I am outside a food court with indoor zen fountains and private rooms on the second floor. Within a block of the apartment there are three five-story department stores whose first floors are supermarkets. I can wheel the grocery carts up to look at the mannequins. One weekend my uncle takes me in a taxi to look at bootleg movies and counterfeit handbags, at a bazaar where the salesgirls are not much older than me and wear those sequined mini-cardigans that were so in style back then.

The claws in the claw machines are small and sturdy compared to the American ones, which are big and limp. Everyone’s a winner but the toys inside are used. I watch a boy pull out a plush octopus, gray where it used to be blue. In the adjacent machine, red plastic frogs suspended in clear plastic spheres.

She wonders whether I understand. She stares at me with her hand up, her mouth open.

To me this sounds like a better deal than the claw machines in America. After smelling the used toys I start to feel sick.

There’s my uncle crushing a pretty green pill between two spoons, adding water to the sweet and bitter crumbs. There I am vomiting into the sink. There I am coughing on my side inside the white mosquito net while my uncle rummages for a bottle of nausea pills, pills that look like pellets of mud. I’m supposed to take ten, he says, and leaves the bottle on the bedside table. I pour the contents into my hand. They roll into the center of my palm, line up in the shallow wrinkles. I count out ten, pour some of them back. In my mouth the hard pills don’t dissolve. I let them slip beneath my tongue. I lay my head down on the pillow and notice, for the first time, that between each wrinkled knuckle on my fingers I have subtler wrinkles. When my uncle checks on me, I feign sleep. He lumbers, a gray form, outside the mosquito net, adjusting the electric fan, dusting a surface with his hand. He sweeps with careful feet around the room, picking up pieces of my clothing to wash.

A day, a week, or a month later, I ride the escalator in the Xinhua bookstore. I am looking for graphic novels to read because the life of a convalescent is a monotonous spell. I’m looking specifically for magical heroines, their long legs and glossy hair. The bookstore smells of body odor and sandaled feet. Only now does it occur to me that I never had friends for longer than one school-year and this was why. I squint nearsightedly at the directory, searching for the English section, though the times when I do see English, on imported t-shirts, on flickering “open” signs, it’s like I don’t know how to read it. Instead I find a table of art books, instructions for charcoal, watercolor, and a book—with the dimensions of a picture book—whose cover features a girl with a black fringe and cat ears.

Inside its cover I find a bright catalog of cartoon women with strange expressions on their faces and thick fox tails tucked between their spread thighs. It is difficult to tear my eyes from the book; though there are people on both sides of me, squatting in the aisles to avoid paying, they don’t seem to notice. The cartoon women are wearing skirts and no bras, sitting, sleeping. Some with huge puffy mammalian breasts. Some with boyish haircuts and rabbit ears and sharp shoulder blades. Every muscle and dimple on their backs pronounced. Some adolescent-looking with markings of baby-fat flanking their navels, descending into their plain green underpants, with chubbier baby-fox faces. For a long time I do not take out the memory of this summer in my childhood, such that the finer details are eclipsed by my sudden illness and my fear of having lost some purity of motive before my time, which I misattribute to my uncle’s indiscretion, until, upon deeper investigation, I remember this book.

My uncle finds me on the second floor, his countenance hooked in a yawn. He doesn’t read, anything, period. Before I can put down the book, he swipes it from my hand and, without seeing what it is, clips it under his arm.

“Anything else?” He points at the watercolor book on the stand.

I can tell he’s getting impatient when he says, “Take your time. I’m going to walk by the lake.”

I push through the bookstore crowd, the people in the aisles coughing into their white surgical masks, down toward the desks where the cashiers are sparring with customers trying to buy books in bulk for a discount, and through the metal detectors. I exit the bookstore and turn left, cross over the pedestrian bridge, the wind in my collar, passing savory-smelling convenience stores and piled-up bicycle racks and realize the park is in the opposite direction.

Jenny Wu holds an MFA from Washington University in St. Louis. Her recent fiction can be found in The Collagist and wildness.