Reunion at the Christian Movie Theatre 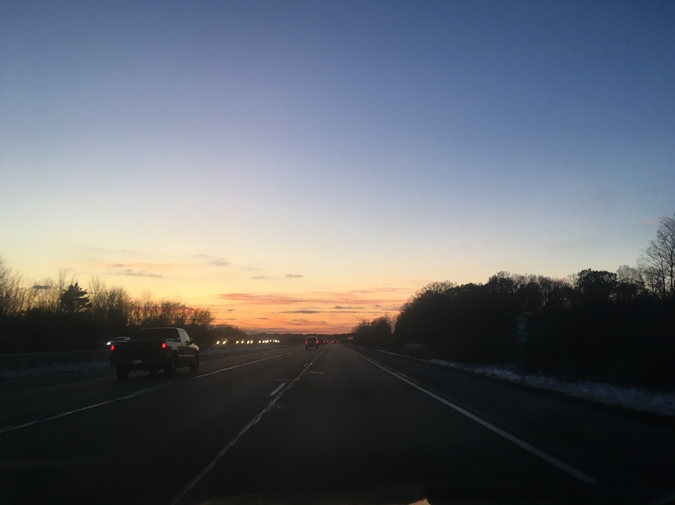 A moonless weeknight in the carpark of the Christian Movie Theatre. It’s late, and there’s a pale string of payphones on the street outside, chords still attached. Clean enough, but with a smell suggesting they’ve never been used for worthy business. You can put your ear to them and hear the machine-whine and, moments later, the recording of the woman’s voice and her instructions. Tell her the worst thing you ever did and fear no retribution.

“Somebody set off a bomb at the zoo and killed all the zoo-keepers,” Al says into the phone. “Private zoo in the rich folks’ quarter. The animals that escaped came to the airfield and we had to shoot them in case they freaked the pilots out. When we got tired of that we just blasted them with hoses to scare them off. It was winter. They just sort of stood around, freezing to death.”

Al and I kill some time going through the payphones’ coin return slots to see what’s been left behind by the insane folks who assail them daily. We can divine no wisdom from what falls out: Coin. Empty pill bubble. Bottlecap with broken bottle teeth still threaded. Horror condom. Children’s hair clip. Cigarillo butt. Chicken bone. Baby tooth (suspected). Needle. Flash drive. Coin.

I pocket some of it, knowing that what we don’t take will go on to somebody else. Who knows what they’ll do with it?

Al was expelled during the important part of highschool, a dribbling artist of break and enter. Now he has returned a war hero, with a medal and everything. See his photo tacked to the valour board at the public pool.

We could drink for free anywhere in town but he’s uninterested. I suggest we witness the desperate motherfuckers of history up close at the Christian Movie Theatre’s midnight screening. Everything the theatre shows is grim and unwatchable, particularly late at night.

He has one of those round faces veterans get once they’re home, and a bullet wound that makes it difficult to look at him directly. Something had passed, I’m led to believe, through the entire length and breadth of his skull. The only things left in him are the worst stories imaginable: messing his pants during parade; a fire at a refueling station where his shirt sleeves melted off his arms; a bar fight one breath away from murder; groteque acts in a Dubai convenience store, captured on CCTV; the zoo thing. All of it heavy with blood.

“I mean,” I say, “You didn’t miss a lot. I already forgot everything I learned in school. Except the basic dances; how to line dance, and how to do the waltz. I remember some of the moons, and all the gods of Greece but none of the Roman ones. I fell off a roof replacing an awning last summer and now I can’t remember any phone numbers past the first four digits.”

“All you need to know is built in from when you’re a baby,” Al says. “That only leaves you if you get surgery for it.”

The Christian Movie Theatre is mainly for fans of poorly translated morality tales, the violent ends of saints and so forth. Anachronistic blue-eyed men and women of the Levant. Every so often a tit will slip through and staff will go ballistic. The films, even the short ones, are exhausting and make people act crazy. Tonight we are alone. The elderly projectionist is grateful for audience.

Once, years ago, my girlfriend became overloaded with spirit and bailed me up in the disabled toilets once the movie had finished; called me a little unwashed apple, bit me so hard on the top of my chest that I needed antibiotics. Sometimes the memory of it still wakes me up all these years later.

Tonight it is the miserable trials of Saint Sebastian. From what we gather he was a European weakling exiled of loving too passionately his own sister. Satan herangs him at every step like a magpie. There is a battle, and a convincing fire in a church during which Sebastian has to witness the deaths of many wailing families. A galley capsizes and merchants and their livestock are lost. A spearman attempts to drown him — all of it is contributing to the development of Christly grace, we can assume.

Al’s reaction to it all is muted. During the quiet moments I hear his throat click like he’s sleeping. I look to see if he’s paying attention and in the movie-glow his eyes are only half open. At the beginning of the third torturous act, at the height of Sebastian’s revelation, the reel snags and the old man has to spend some time fiddling with the projector.

‘Rules are if you go outside now you don’t get back in,’ he says.

‘I’ll smoke in the bathroom,’ says Al, standing in the darkness to leave.

‘Try to blow it out the window.’

Saint Sebastian, frozen and holy, looms over me like a burning hillside.

What did you want? he asks me. For your oldest friend to lose himself? To see him howl and bay? To hear him applaud when the baby is torn from its mother’s arms and cast into the funerary pit by the mean-eyed mercenaries of canaan?

Christ has forgotten your name.

Eventually the projectionist loses his patience and kills the picture and steps out looking for something and doesn’t return for a long time. I will be alone for the remainder of the night. What a feeling, sitting alone in the deep dark, somewhere you shouldn’t be. Opening and closing your eyes, ceaseless, inhuman.

Jack Vening is a writer and editor living in Melbourne, Australia. He's currently finishing his first book of stories, and his fiction newsletter Small Town Grievances goes out to a few hundred strangers every few weeks.