REFLECTING ON MY FIRST YEAR OF SOBRIETY 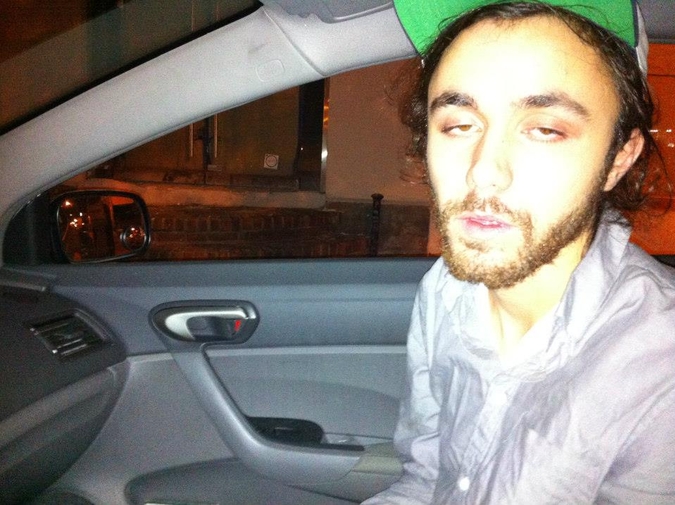 The months leading up to August 23, 2013 were characterized by a lot of stealing, lying, hurting who was left of the people around me, and shooting copious amounts of heroin on a daily basis. During the years prior - I started drinking and smoking weed at age 12, drinking daily at 15, doing drugs daily at 17 - I stole thousands of dollars worth of things/money, went to three outpatient and two inpatient treatment centers, was arrested a few times, and was insanely shitty to my friends and family, not to mention myself.

It's hard - maybe impossible - to explain my mentality during that time, but essentially, when I wasn't high I was thinking about getting high and when I was high I was thinking about getting high, and there was nothing anyone, including myself, could say or do to stop me. There were times I felt giddy, driving from whatever shitty part-time job I had to meet my drug dealer, and there were times I felt sick, crying, alternating between punching the steering wheel and my face, driving from the pawn shop to meet my drug dealer. I think the best I ever felt, for years, was the feeling I experienced while opening a bottle, crushing a pill, or preparing my dope - the illusion, brand new every time, that that was what I wanted, that that was what was going to make me feel better, finally.

My relationship with drugs and alcohol hadn't always been so dramatic and devastating - I remember drinking with friends and laughing loudly, taking pills at school and getting shit done, smoking weed while driving and listening to rap music - but my alcoholism/addiction progressed, eventually to me waking up in an ambulance after ingesting ~20mg Klonopin and shooting ~.7 grams of heroin then overdosing in a BP bathroom on Fleet Avenue in Cleveland, Ohio.

I got out of jail a few days later, having been charged with two counts felony drug possession, three counts misdemeanor drug possession, and one count possession of criminal tools, then released on Court Supervised Release, then went to rehab a week later, before my court date, solely because I wanted to look good in front of the judge.

My first week in rehab sucked. In between throwing up every few hours, being hot then cold then hot then cold, sweating profusely, shaking violently, etc., I started hanging out with this kid from Youngstown who had a gigantic stick-n-poke on his stomach of fire and skulls and dead cops and "NO LOVE" and who'd stand at the med window in the middle of the night screaming for the nurses to give him more Phenobarbital, which he'd cheek, dry out, crush, then snort. For the week I knew him, we were constantly scheming, trying to get one of his dope dealers to drop off heroin for us. At some point the US Marshals picked him up and I never saw him again.

I had my bags packed and was getting ready to leave with two insane-seeming girls who offered me sex in exchange for a ride to Cleveland when a few patients stopped me and essentially pushed me into the lecture hall. I don't know why I didn't put up more of a fight - maybe because I didn't actually want to leave, maybe I was just too tired - but I'm glad I didn't. I began to understand and appreciate the value of friends, the importance of having people around me who'd tell me when I was fucking up, and the value of listening to them. The thought of leaving became increasingly fleeting, and I started doing the things that people were telling me to do.

I got out ~45 days later and moved into a 3/4 house with my friend JR, who I met in rehab, where we called the owner of the house multiple times a day. I was still having trouble sleeping and my mind was racing and I didn't know how to do anything so most days I'd wake up around noon (having been up until 4 or 5 the night before), get coffee and something to eat from somewhere, watch a movie, do recovery things, eat while watching another movie, go to the gym, do recovery things, then watch TV until I felt tired enough to sleep.

Some memories I have from living at the 3/4 house include lying on the fairway of the golf course behind the house with JR, staring at the stars; putting my car in cruise control while driving on the highway, standing on the driver’s seat with my upper body out the sunroof, JR steering from the passenger seat; going to Columbus and Ann Arbor for readings, getting yelled at by the house manager when I got back ~5AM for calling the house owner, not him, to ask permission to stay out two nights in a row - him opening my bedroom door without knocking while I masturbated to porn on my laptop with headphones in.

A friend of mine offered me a job as a laborer, framing houses with other sober people I knew. I said yes and for the next 4-5 months I woke up ~6AM Monday thru Friday and carried wood in below freezing temperatures. It seemed really good and important to me at the time. I'd never been able to successfully contribute at any job - I'd put forth the minimal amount of effort required to not get fired then quit, almost always via no call no show - but at this job I contributed to such a degree that my boss called me after I stopped working there to see if I'd come back and help.

I moved out of the 3/4 house and into the second/third stories of a house on Ridgewood Avenue in Lakewood, Ohio with Mallory Whitten and JR. The landlord - an old retired white man who looked vaguely like Charles Bukowski - lived beneath us. Mal got a puppy named Gracie.

I only lived there a few months, then on my way home from a reading in New York City at the Rap Genius penthouse, Russell, a sober friend who came with me, suggested Zach Schwartz (YZ) and I live together for the summer. A week later we moved into an apartment on Clifton Boulevard in Lakewood, Ohio where I live now.

Some memories I have from Clifton Boulevard so far include shooting dice and smoking cigars with friends on Zach's birthday; watching WorldStarHipHop videos with Zach at night; Zach coming into my bedroom, or me into his, every morning, asking for advice about outfits and/or for the other to move his car; playing with Gracie; walking to the lake at night, sitting there for hours, meditating, staring into blackness alone.

Recently, my days generally look something like this: wake up ~8-10AM, read in bed, make/drink a smoothie, go to school and/or work on writing, make/eat a gigantic salad, go to The Root, work on writing, eat dinner, work and/or hang out with friends, do recovery things, kick it with YZ, go to sleep ~1-3AM.

It still seems amazing to me that I'm able to do simple things like eat, take the trash out, and do the dishes on a regular basis. I'm able to be a good friend/son/grandson/[etc]. I'm able to be useful to those around me. And I'm able to be grateful for things in a manner I've never felt able to before. Sometimes I'll be sitting on the futon or lying in bed looking around thinking, "I live here," in a manner like I'm trying to convince myself of something true but unbelievable.

One of the greatest things sobriety has given me is the gift of experience. Before, I only ever experienced two things, sickness or temporary lack thereof, but now I can experience the myriad things this life has to offer, with people who I care about, and I can be present for it all.

This past year, I've helped people, hurt people, been of use to people, used people, told the truth, lied, worked hard, been lazy, felt elated, suicidal. But nowadays my shit feels pretty steady, and at the very least, on days when I'm shitty and self-centered, I have an opportunity and a willingness to work on those things, and although I'll always have things to work on, I feel excited about that. All I can do is try to be better today than I was yesterday. Happier, healthier, more useful, etc. And some days I fail. And some days I don't. But no matter what I keep trying, keep moving my feet.