#Nightshift: "Just One Arrow" (Excerpts from an Instagram Essay) 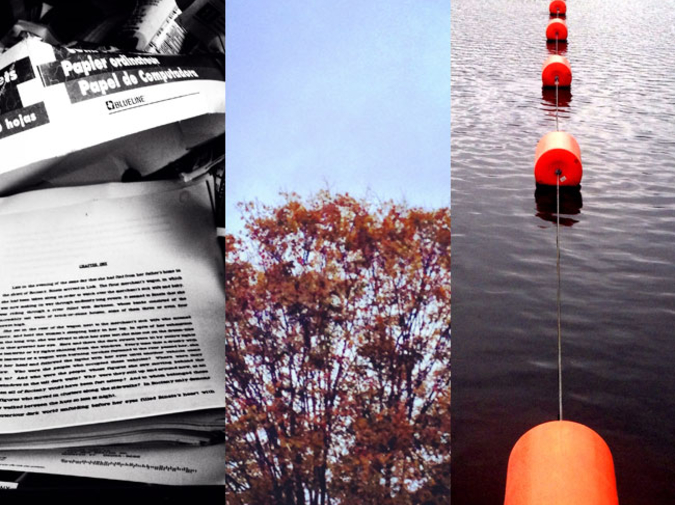 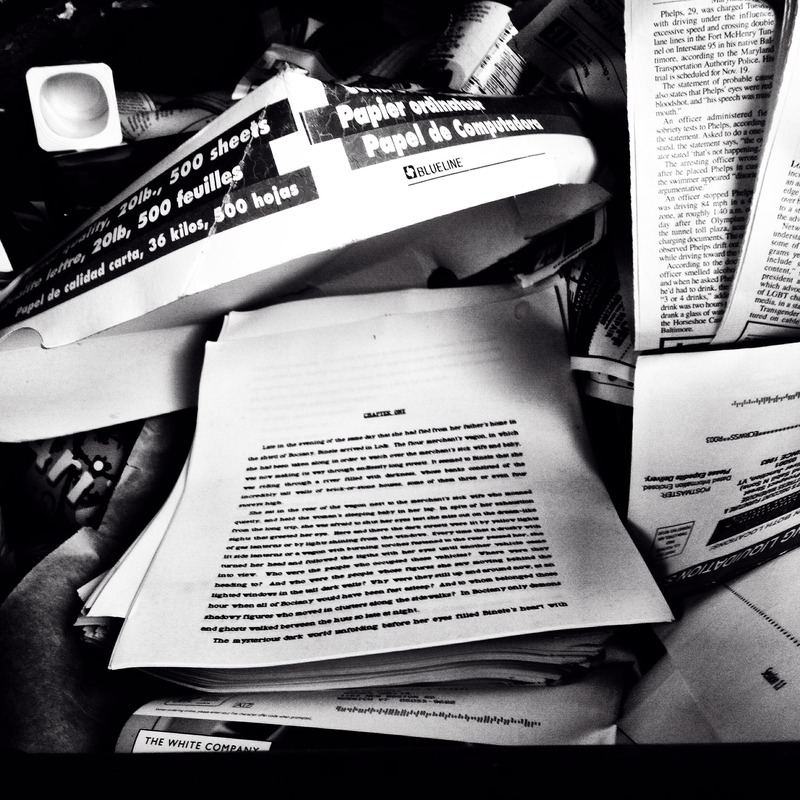 “For years after the war and after the camps, Chava Rosenfarb woke up every morning at 4:00 a.m. to write. She’d open her eyes in the darkness and slip out of bed without waking her husband, make herself a cup of coffee, and sit down in her study, still wearing her nightgown. The study was even smaller than her kitchen—barely large enough for the table she had bought from a doctor’s office for ten dollars. On it she kept her notebooks. Sipping coffee, she’d start with the one on top, and by the light of a table lamp, beneath a portrait of the Yiddish writer I.L. Peretz, she’d review yesterday’s stories. Rereading drew her back like a current, not into her pages but into the world to which she wanted to return. When she felt that world thickening around her, she’d skip ahead to where she’d left off the night before, pick up a pencil, and begin to write, slipping from her apartment in Montreal back to the last days of the Lodz Ghetto.” /// So I began an essay about the last Yiddish writer, one of the greatest Yiddish writers, Chava Rosenfarb. She died the day before the book in which the essay appears went to press. But I’d written the first draft of the essay years before, when all of Chava’s books were out of print. She gave me a copy of the English translation of her novel Bociany. She didn’t know if it would ever be published. So I held on to it. Time passed. All of Chava’s fiction was resurrected in English. Der boim fun lebn, The Tree of Life. Bociany and its sequel. A final collection of stories: Survivors. And on Yom Kippur this year, I realized I no longer needed to keep carting this box full of pages from home to home. The book exists. It is in the world, typeset and bound. So I let these pages go. They were a final draft—no changes lost. Even so, I felt like I was disposing of a body. I think Chava would understand. Why it felt like murder, why I did it anyway. // #recycling 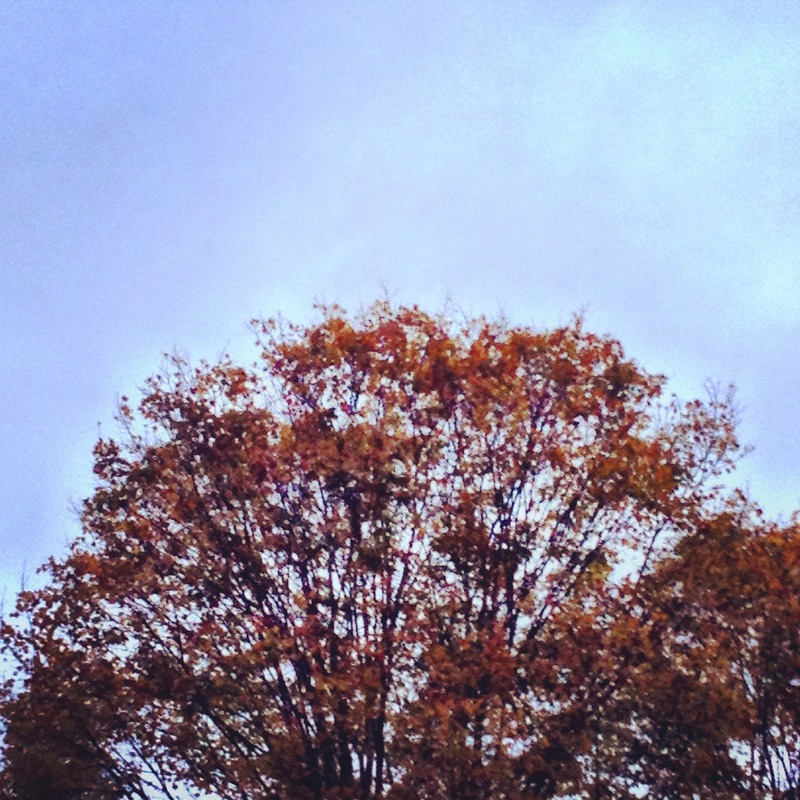 My nightshift ended early, one a.m., asleep in a chair, trying to look at pictures. Then it’s 5:30, I’m still in the chair, the lamp still bright. Time for the news. Down to the road. Glance at the tree. A shape in the dark, difficult to read, and I forget to pick up the paper. So this is my latergram: Ebola and the fact that the nurse flew; up the road Chief Locke is out, “no confidence”; “I’m confused,” he says. Hartland boy, 9, pictured with pole saw, the lance leveraged across his blue-jeaned thigh, arms slack yet curling, miming a man’s, mouth agape at the glory of the distant blade. Canaan girl dead at 18. She loved big lifted jeeps and getting dirty, says the obituary. Her name was Chardonnay. Classified full of studded snows. “17 y-o” seeking life coach, “dental-benefited” position. There’s to be a talk on “Winged Hussars.” The used princess costume is still for sale. The sun will set at 6:05. The moon won’t rise. Today’s number is 99.5. #wingedhussars 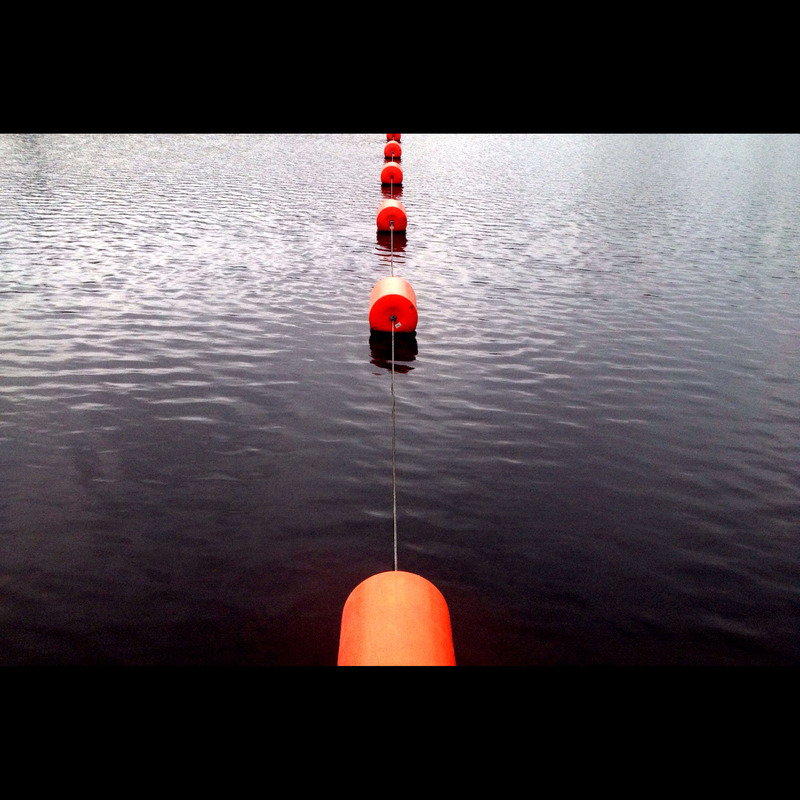 Big news up river, north on the Connecticut and left on the White, up by Braintree Hill: “Kelsey Jacobs, 16, Needed Just One Arrow.” The bear, black in name and actual color, dressed out at 305 pounds. It’s believed the animal was about eight years old. “I put my phone back in my pocket and grabbed my bow,” she says. She aimed for the heart and pierced it. Little brother Chris, 12, lost all the arrows in his quiver. Proud sister plans to make a gun rack out of the bear's paws. // Headline: “Flouride in Water?” // Local heroin supply thought to be contaminated. 9 ODs in 14 days. The girl, Chardonnay, one of its victims. In Thetford, reward for the serial police car arsonist climbs to $7000. No takers. // Some are tempted, writes Warren Johnston, to pickle their beets, but now is the time to eat them. // Mary “Mimi” (McQuiston) MacNamee, 84, has died. “As a child, she was a walking oxymoron.” // And today, I realize, reading the news, is the 40th birthday of Matt Power, who was raised in Vermont and died this year, age 39, in Uganda, along the Nile River. A writer, not a hunter, but with a good story in hand, he, too, needed just one arrow. I miss knowing he is in this world between rivers. // #onearrow

Jeff Sharlet is the author or editor of six books of literary nonfiction, including The Family, Sweet Heaven When I Die, and Radiant Truths, and associate professor of creative writing at Dartmouth College. His Instagram account is http://instagram.com/jeffsharlet.