Never Making Any Headway: A Conversation about novel writing between Samuel Sattin and Joshua Mohr 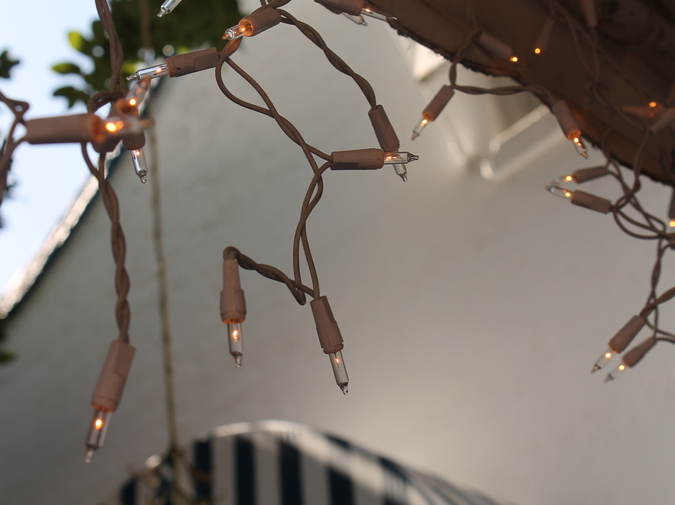 On April 9, my debut novel League of Somebodies was released by Seattle's Dark Coast Press. Two months earlier, my fellow Bay Area novelist Joshua Mohr released Fight Song, his fourth novel. Recently, we took some time to discuss the all those little and big things that go into writing a book from start to finish, and what follows is the result.

Samuel Sattin: Whenever I read a good book, I always wonder about its beginnings. I know you've probably heard this a lot by now, but Fight Song appears to be a departure from your previous books, and not in a bad way. Where do you think the idea itself stemmed from—a video game designer on the cusp of 40 attempting to demystify his purpose in the world by battling alpha males and the dissolution of his marriage? It's not that I think your characteristic levity and humor have changed by a long shot. They haven't. But this world, this suburban terrain inhabited by fairly uncontroversial men and, well, sorcerers, is a very compelling change of scenery.

Joshua Mohr: It always start with a question for me and with this project, it was "Can I retell the WIZARD OF OZ set in a 21st century American suburb?  I always try to push myself into unknown and scary territory with each new book.

How do you start a project?  Where did the germ for LEAGUE come from?

SS: I think it began with my father's spandex, honestly. He was a superhero in his own splendidly suburban fashion, with his electric blue form-fitting shorts yanked up high above his hairy navel, his bald head glistening with tan grease. I've always been curious as to what goes into the making of a hyper-masculine patriarch such as he. As in, how do tradition, modernity, and the female gender collide with someone whose worldview is so overwhelmingly, austerely male that it threatens to swallow smaller, less suspecting planets? Since I'm also a massive comic's reader with a lot of stake in the genre, this theme seemed to nestle nicely into the realm of capes, morality, and superhuman threats. But even after I discovered that it took me a while to find the pulse of the narrative. Which brings me to my next question:

We've heard a lot of writers describe what it's like to start writing novel, likening it to driving down a dark road with cruddy headlights, or whatever. How long does it typically take you to find the thrust of your narrative? Do you find yourself repeating a process of discovery, or does each novel tend to be a lesson in its own right?

JM: I actually think the best analogy for writing a novel is wandering inside an MC Escher painting, trying to find an exit.  Running up and down staircases scared for you life but never making any headway.  Isn't that inspiring?  :)

In a sick way, it does sort of inspire me because it emphasizes that as novelists we have to stop looking for the exit.  There isn't one.  I don't believe a book is ever finished.  We just stop working on a book.  I could pick up any of my novels and write another draft.  That's why I never reread them.

In my process, it's typically about a three year journey from initial conceit to publication.  I don't write with any sort of plan.  I like to make reckless discoveries along the way, detouring wherever my sordid imagination wants to go.  How about with League?  As a first-time novelist, was it hard to identify a process that worked for you?  Did it change during all the various drafts?

SS: Definitely. The first draft—if I could even call it that—of League of Somebodies was titled the Ivory Flag, and was a mess of scenes and characters, some of whom I'd go on to use, and some of whom I'd have to cut loose on the basis of necessity. When I finally discovered Fearghas (the mad patriarch and—in some ways—star of the novel) I had 600 and some odd pages of what became useless scribbling. Out of those pages, only 12 would make it into the final draft of League. And that final draft would be revisited again and again until, like you, I figured out that the madness had to stop somewhere. So when I decided the work had been packed tightly enough, I decided to wrap it in a bow and send the evil mutation into the world. Hopefully it survives.

My next question might come off a little arcane, but I'm going to try it anyway. Why do you feel compelled to write books? I ask this because of your scintillating arsenal of narratives, which, albeit changing locations from the Mission to the California suburbs, seem to retain a fierce humanism. Do you consider writing to be a mission of yours? Something you're doing for the greater good? Or do you look at yourself as an entertainer? Someone who's just trying to tell a tale?

JM: Honestly, I try not to ponder such highfalutin questions.  I write—as cheesy as it sounds—because scribbling makes my life better.  Monday, the world will make more sense to be if I write, so will Thursday and Friday, etc.  There's a direct correlation to self expression and how I perceive myself and the world around me.  I tend to get all surly if I go a couple days without getting at least a couple pages down.

What makes you want to tell stories?

SS: Yea, I don't know either. For the boundless accrual of personal wealth, I suppose.

A better question: What's next for you? I see Fight Song as marking an evolution in your career. You ventured out of the Mission, and took on some very different subjects/characters in an exploration of suburban life. It was intriguing for a lot of your readership. Or at least that's how this reader felt. Are you going to keep venturing outward do you think, or will you take it back home? I'm sure what's coming will be interesting either way.

JM: I'm writing about San Francisco again with this new book I'm slopping together.  It's the wildest book I've ever written.  Crazy tonal shifts.  All these wanton POVs.  An epistolary stalker.  And of course, murder and magical realism.  I have no idea how an audience will respond to it, but I'm sure having a blast putting it together.

What's next for you after League?  Are you deep into your next project or is there too much noise with the novel's launch?

SS: Noise, noise, and more noise. In addition to the book, I'm also writing weekly commentary for The Weeklings. And I’m working on a new project: a comedy horror mash up that I'm enjoying the hell out of. I'm into things that scare me lately: monsters, apparitions, psychosis, etc., and I'd like to turn that fetish into something worthwhile. But now with League just starting out, I'm also bent on giving it my full attention.

Last question: Where do your characters come from? I know it's all ultimately a product of the process, but in particular I'm curious about my favorite character (perhaps unsurprisingly) in Fight Song: Schumann. Do your characters tend to reflect people from your life? Or do they tend to be complex amalgams whose roots can't be so easily discerned?

JM: It's so interesting to ponder, right?  Where do our characters come from?  I don't know exactly.  Schumann came out of nowhere.  I thought was just going to have a cameo and yet he was so charismatic on the page, I had no choice but to up his role.  And on the opposite side, Bob Coffen had a sidekick iin early drafts that was so boring, I had no choice but to cut him!  In the end, all that mattes is that we're letting the characters guide us, talk to us, giving them the space to either demand more page time or vie for the murder, if they're boring.

Certainly, I draw on people around me, taking a detail from one person and grafting it on to something from another human, building a Frankenstein's monster of heisted idiosyncrasies.  That pretty much sums up how I'm constantly stealing from those around me.  How do you go about building your main players?

SS: I think I'm in a similar boat, being that most of my characters end up resembling archetypes that have fascinated me throughout my life. Anyone whose thoughts or day-to-day antics I find nebulous lead me to working them into my work, independent of whether I want to or not. I also, of course, graft characters from my favorite books/films, and try to get to the bottom of why I find them so intriguing before remodeling them for my purposes. A little bit of heavy lifting in order to render an interesting personality that you don't necessarily want to meet, but you want to read about.

Samuel Sattin's work has appeared in Salon Magazine, The Good Men Project, io9, Kotaku, Heeb Magazine, and has been cited in The New Yorker. He is a Contributing Editor at The Weeklings, and author of the debut novel League of Somebodies, described by Mat Johnson as "So rich with originality it's actually radioactive," and by Joshua Mohr as a “Whirling force that blends the family saga, superhero lore, and a coming of age story to a frothy cocktail.” He lives in Oakland, California, with his wife, beagle, and tuxedo cat. Please visit him at <a href="http:www.samuelsattin.net">samuelsattin.net</a>

Joshua Mohr is the author of the novels Termite Parade, an Editors' Choice on The New York Times Best Seller List, and Some Things that Meant the World to Me, one of O Magazine's Top 10 reads of 2009 and a SF Chronicle best-seller. Mohr teaches in the MFA program at the University of San Francisco and has published numerous short stories and essays in publications such as The New York Times Book Review, 7×7, the Bay Guardian, ZYZZYVA, The Rumpus, among many others. Please visit him at <a href="http://www.joshuamohr.net">joshuamohr.net</a>