Crying at the Russian Ballet 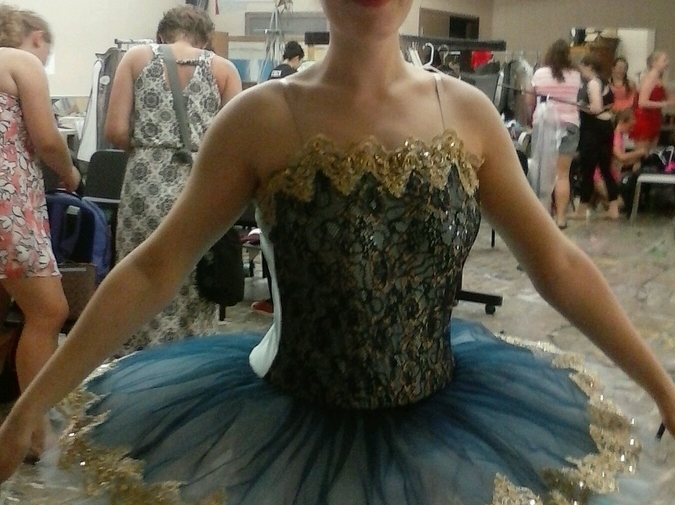 My mother cries. She cries when people die or are born, fail or succeed, graduate, marry, love, lose, lie, give thoughtful Christmas presents. My mother also cries at the ballet. I never saw it, but it was something she’d always say. In nostalgic moments she’d idly announce: “When I was in college, I used to go to the ballet every weekend and watch the dancers. It was so beautiful. I would just sit there and cry and cry.”

It’s hard for me to cry. It is the only thing we don’t have in common. The last time had been ten years earlier. My girlfriend had tried to overdose on sleeping pills, so they locked her up in a mental institution for ten days. I’d tried everything since then. Even physical pain wouldn’t cut it. Then, my second friend committed suicide and I knew something had to be done. So, I went to the ballet; Swan Lake at Mariinsky Theatre in Saint Petersburg, Russia. It was a lot of pressure, I thought, to hydrate well, walk in there, sit down, and cry.

An old woman took my coat and a hundred rubles in exchange for a pair of opera glasses. I made my way up to the third tier. The seat was hard, but the theatre was magnificent, gold-trimmed with red siding and a massive chandelier hanging from the ceiling like the uvula inside the world’s most extravagant yawn. Before the show, I used my opera glasses to search the rows below for nose pickers. There were none. All sat stoic and at attention, waiting for the curtain. A small boy in a snug blue bowtie caught my eye as he scratched his face. I watched closely but he didn't take the plunge.

As the lights dimmed and went out, a large Chinese woman came and sat next to me. Her thigh was mushy and warm. It sandwiched me into the old woman on my other side. I adjusted, then the music began, melting the hall into silence. The curtains opened, the ballerinas emerged, toes became violins, hands, trumpets, backs, cellos. They danced.

The lead dancer was made of firm meat. As he pirouetted across the stage, I briefly wondered what it would feel like to have him hold me. More dancers swarmed. The play progressed. I started to lose myself; my body, sitting, probably cramping, mouth open, absorbing the sweat of the woman’s leg beside me.

The scene changed. Swans passed over the stage. Odette began to dance. As she did, a silence fell, a deep penetrating silence as though someone had handed out a thousand cough drops to a thousand nuns. I felt something catch in my throat, something wet and sob-like. It lingered there as the ballet went on, act to act, through the intermission, to nearly the end.

Then I felt it­—like a warm hand had come into my chest to hold my heart, helping it pump heavy, slow, rhythmic. I wanted to reach out and scoop up the ballerinas, hold them in my palm-stage like figurines, then swallow them along with the music, the stage, the curtains, the audience, and even the chandelier to plunge all of us into a silence where the only light, warmth, and love came from inside of me and, in the purest darkness, alone, I could cry. As Siegfried and Odette were reunited, as I felt a wet tug at the corner of my eye, a sixteen-year-old girl, two rows down, opened her phone and started scrolling through Instagram.

Before I could do a thing, an old woman—I assumed it was her grandmother—whacked the girl upside her head. She put her phone away, but it was just long enough to pull my focus. As the ballet ended and bowing began under bright lights, I felt like my chance had been robbed. I turned to peel my thigh away from the woman beside me and heard a sniffle. Looking up, I saw great gushing spools of tears pouring down the large Chinese woman’s face.

With dry eyes and a parched soul, I stepped out, returned my opera glasses, and made my way outside. Waiting for the bus, I was joined by a young mother and her son. He was all bundled up, but I recognized him. The boy I’d spotted from my perch in the rafters of Mariinsky theatre. He had one hand clasped to his mother’s and the other curled up with one finger shoved deep in his left nostril, his eyes glistening with the effort, the cold, or with something else I couldn’t grasp.

Benjamin Davis is a recovering fintech journalist, folklore addict, and author of The King of FU. His stories and poems can be found in Maudlin House, Star 82 Review, 5x5, Cease, Cows, Defenestration, SOFTBLOW, and elsewhere. More about him can be found at benjamindaviswriter.com.