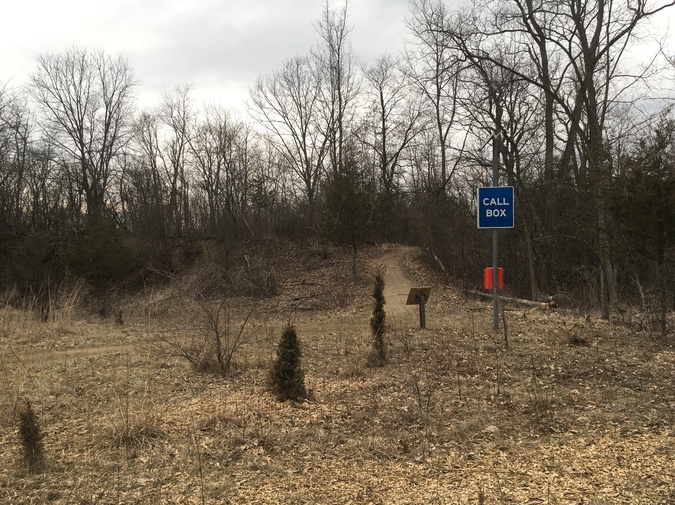 My grandmother switch-backed the John Deere in the cabin’s backyard. Her tanned, wrinkled face jostled as she drove. She twisted her mouth from one side to the other, a Native Light between her lips so that she resembled the engine of a coal train. Silver earrings with inlaid turquoise dangled and oscillated as she went.

I dribbled a basketball with both hands on the concrete court built into the center of the yard. I threw up a shot which didn’t touch the net. The ball bounced into the grass. I chased it as my grandmother came around the corner. She braked, and I froze with the basketball clutched to my chest, my hands unable to reach around it. She gesticulated with her smoking hand.

“Damn it, Josh,” she said in raspy smoker breaths.

“You want your legs cut off?” she said. I ran back on the court and sat and put the ball between my legs and my head down.

“Don’t be a boob,” she said, pointing at me with two fingers. “Boobing does nothing.” She started the mower again. I got to my feet because being a boob was serious business at her cabin, despite its shifting definition. It seemed that anything resembling a pout was “boobing,” and pouting was worse than eating candy from the unlocked drawer outside “candy drawer time.”

When I was done boobing, I dribbled for a bit and then took another shot. It pinged off the pole and hit my chest. A dandelion grew onto the court, searching.

The mower turned off, again, and I turned and saw my grandmother had crouched by the machine.

“Joshua, come here,” she said. I dropped the ball and ran to her and put my little hand on her shoulder. She turned on her knee to face me, her hands cupped together, cigarette sticking out between her fingers. Her turquoise rings so stark against her dark skin. A tendril of smoke dissipated above us. She made an opening in her hands, revealing a little frog. Its throat pumped rapidly. Its tight-lipped frown made it look like it had a sore throat.

“I nearly ran him over,” she said. I leaned in close.

“He’s funny,” I said and giggled. I felt the skin beneath my chin with my fingers, wondering how his puffed out like that.

“Make your hands like mine,” she said. She plopped the slimy creature onto my palm. I looked at her wide-eyed, mouth agape. She laughed. “Take care of him,” she said, and went back to work.

I ran back to the court with my arms outstretched and then sat down awhile and slowly took my top hand away. Such a curious little thing. “Let’s play,” I said. I stood up, fixated on him.

Grandmother carefully weaved the mower around her Russian Sage.

I looked at the basketball, the hoop, and then down at the frog.

“Fly, Mr. Frog!” I said and hurled him up at the hoop. It went high, vanished in the sun. He seemed to take a long time up there, like maybe he’d sprout wings and fly away.

He came rushing down and glanced off the rusted orange rim, limbs limp-flailing, down through the net, and splat on his spine. His legs were splayed, and his tongue drooped to the concrete. I got on my hands and knees, waiting for him to get up.

“Quit your boobing,” I said. One of his eyes was open and the other closed. My open-mouthed smile became a grimace.

“Oh, no,” I said. I ran, my hands a gurney, so affected that my grandmother knew what happened before she turned the mower off. She had to know some way to rescue him, some elder magic to right my wrong.

She leaned close from the seat of the mower and adjusted her glasses, then snuffed her Native Light in the lawn.

I cried, and snot and saliva came with it, breathing rabidly, exhales guttural.

“Don’t be sorry to me,” she said. Head hung low, I dropped to my knees beside the mower and sobbed.

“Quit your damn boobing,” she said. But I couldn’t, I could not quit boobing. Slobber dripped from my open mouth and I sucked snot into my nose and the frog was blurry through my tears.

“You’re not going to jail,” she said.

“I killed him. I deserve to go to jail.”

She tousled my hair and told me to stand up. “Come on,” she said, “let’s bury him properly.”

We crouched low together where her yard met the cornfield, and, at her instruction, I scooped the dirt and grass with her worn garden shovel and lay it to the side in a little pile. She handed me the frog. I took it and placed it in the hole. I no longer cried, but my chest was tight, eyes stung.

“Now give your apologies,” she said.

“And give your thanks,” she said. I looked up and met her eyes looking over glasses which clung to the tip of her bulb nose. I looked down.

“Thank you for teaching me about life.”

“Now Mother Earth,” she said. I looked at the pile of dirt.

“You didn’t take him. He’s with her,” she said, then she motioned to the shovel.

“Wait,” I said. I ran to the court and plucked the dandelion which had grown over the concrete and then came back and placed it beside the frog in the grave. She chuckled.

“That’s very nice,” she said. I took the shovel and buried it and then tamped the soil down with the flat side.

Dylan Davis has work in recent issues of NUNUM, Fiction International, Driftwood Press, and WhiskeyPaper. He is currently an MFA candidate at Southern Illinois University. He misses camping in the deserts of Utah, where he was raised.