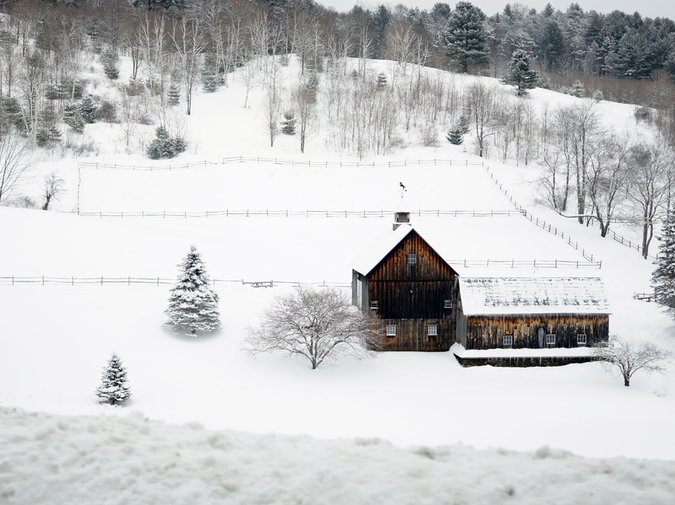 Roxana never wanted her life to resemble Kramer vs. Kramer but lately the baby gets the ice cream out of the freezer on his own and she withdraws, forcing Robert to play "bad cop", as he puts it one day in Drama Therapy.

Roxana and Robert are in therapy because they argue: about the baby, about the laundry, and about therapy, too.

“How does one take it seriously?” Roxana hisses, winding through the parking garage, a wisp of highlighted hair in her mouth. “The way this woman speaks, the earnestness, the light lilting inflection?” She scrunches up her face.

"So how can I help you?" the therapist asks, eyebrows lifted.

She gives them a handout, titled Containment.

“It is not very unlike teaching, all these handouts.”

“It is up to the student to read the handout, of course.” Robert notes.

Learn to stay in control even when angry. Take time-outs. Challenge the myth that ventilating anger is healthy for you.

“Robert married me so that he could have a constant reminder of how loathsome women are,” Roxana tells the therapist.

“Let’s act that out, Roxana.” the therapist motions for Robert to stand up. She hands Roxana a stuffed rabbit. The side of Robert’s mouth begins twitching; Roxana is afraid he will laugh--if he does, she will, too.

Roxana scribbles the directive on a scrap of paper.

"There’s data!" she notes. "It’s been studied! The data points this way! Lots of research! 90 minutes a week!"

Like a good student, Roxana books the sitter, makes dinner reservations, and buys theater tickets. Beckett's Krapp’s Last Tape, at the big theater downtown. It’s old and gaudy, all chandeliers and red velvet. They sit in the soft seats, the first ones in their row. Looking around as the audience filters in, Robert remarks on how youthful he feels among this particular crowd.

Roxana listens to two women behind her, pre-theater chat. One wears a perfume that brings to mind a long lost aunt who used to kiss Roxana and her sisters goodbye, whispering, I’ll see you in my dreams!

“He’s trying to set me up with his brother. But his brother is older than he is!”

“No, you don’t. You need someone younger than you.”

“And it doesn’t get better."

“It doesn’t get better. Listen, I’ll tell you—the loneliness is the shits. It’s the shits!”

“And there’s nothing to be done about it.”

At the office, Debbie, a tall redhead who seems permanently stoned, wants to include Roxana in an informal poll:

“Okay. So your husband comes to you and says, ‘Honey, I slept with someone.” Would you rather he say, like Mark Sanford, “And she’s my soulmate” --

“--Or, like Eliot Spitzer, he says, and she’s a prostitute.”

The table in the lunchroom is full of treats: chocolates, Oreos, banana bread and ginger snaps. Roxana takes a bite of a cookie, crumbs fall onto her sweater. She smiles when Debbie says again, “Well?” shakes her head and shrugs.

“Some things you can’t change.”

“Sometimes we change the things we can change.”

“I’m not looking for a lover. I’m looking for someone to tell me ‘you should do this. You shouldn’t do that.’”

“My friend Audrey—she found someone on J-Date. A young guy. She’s rich, of course.”

The baby decides it is not acceptable, this going out on dates. "Fuck the data!" the baby screams.

“I want to be included!” the baby declares.

Roxana asks the baby what he wants to do.

“Okay. Can I do the dishes at the same time?”

“What should we talk about?”

Later in bed, the baby tells Roxana about his day at preschool,

“Are you Catholic?” He asks.

“Well I grew up that way. I went to church and catholic school. I prayed and did the sacraments. But I don't anymore.”

“When I'm in an airplane and it gets really bumpy, or when you were in my belly.”

“Yeah. I remember that.”

“When I was in your tummy.”

The baby puts his hands together then, closing his eyes. Hail mary full of grace the lord is with you blessed art thou among women and whose thine gifts commit me here Amen.

Roxana begins to cry, and when Robert asks why she screams:

“It is crucial to turn this shit into a self who will leave the house and get to school and be a mom and a teacher. Who will be a wife. All morning I’m puking. Do you know? Puking? I'm full up with estrogen taking the birth control pill again not sure why. My doctor suggested it. I take that pill and other pills and herbs and black cohosh and fish oil! I don’t even know what Black Cohosh is!”

If Robert were his father, he would think “Women!” and shake his head. He is not his father, but he does wonder sometimes.

“I feel very female around him,” she notes. “That something about me promises destruction, that I am meant to be repressed. The way women are linked to the pleasure-seeking Id.”

The week before, she came home to a babysitter late one night and had a vision, that the sitter had done something terrible to her child.

“Don’t think about such things,” Robert scolded her.

“I could see myself murdering her, tearing her eyes out. I could see myself destroyed, that this would be the end of my life. The loss of my child. I shouldn't think about these things I understand sublimation and yet I was trying to say something about this certain psychosis--the intensity of it.”

The therapist asked if she was treated for postpartum depression.

Robert added, “She cried for weeks, months, after he came home with us.”

Roxana used to think of herself as someone with great discipline, the legacy of a Catholic girlhood, and yet.

The baby was so wise.

The therapist tells her about the "positive psychosis" of mothering. What Sophie Freud called passion.

“But it was her job, our job, to not think about these things!” Robert objected.

“Time’s up for today!” the therapist announces.

That night, Roxana holds the baby, savoring the very particular way his small body fits on her lap. Sometimes she becomes afraid of how she will miss his three year old self. That he will only be three years old once, which is now, which is always falling away dreadfully, even here as she thinks it or says it or writes it.

“Is there data on that? How to live in the face of loss?”

The baby crawls in bed next to Roxana and asks, “Mama, will I be alive forever?”

Roxana wants to say yes forever, but she can't make herself. Instead, she says,

"You'll be alive for a long long time," and squeezes the baby, thinking about when she won't be alive, and that death and life are really sort of the same thing, yes.

“Okay,” he says. Just like that. And then he tells Roxana about the latest adventures of his imaginary friends: Josh, Gloria, and NeKuNakuNoku.

“Where does she eat pork chops?”

“Oh at a place on Clark and Foster.”

“Mama, what does born mean?”

“Mama, where was I when you were a little girl?

“Mama, what does nothing mean?”

“I had this empty feeling tonight.”

“And I realized that this emptiness is tied to the feeling of longing. That I am so used to longing as a way to fill that void.”

“Beckett will do that,” he said, not looking away from his book.

“And what I realized was that I will always long for something. You see, once I longed to be married. It was what I wanted. Now I have it. But I still have that emptiness.”

“And it is not that the emptiness is the same. It is relieved by your company, by the fact of being loved--”

“But it is still there.”

“It is always there.”

“That that is how it must be. To satisfy it destroys it. So it moves elsewhere.”

“Desire is a homeostatic system.”

“Push it down in one place it rises in another.”

“I read that somewhere.”

Roxana tells Robert about a woman in her class who writes very sexy stories about her affairs with married men.

“It really bothers some of the students.”.

“You can have an affair if you want.”

“Do you want to have an affair?”

“I was talking about a student.”

One day, the baby asks for another baby:

"Mommy will you go to the hospital and get a baby? I want a girl baby."

His friends all have babies.

Roxana dreams of another baby, a big fat baby, a baby that doesn’t look like her baby, who was tiny & wrinkly at birth--this baby has a full head of black hair and a jelly belly.

She is at the hospital but can’t remember giving birth to the baby, though the nurse assures her it is her baby.

It must be my baby, she tells herself, though she feels nothing for the baby.

This is your baby, they say again. A boy. Here he is, they say. Take him.

Suzanne Scanlon is the author of PROMISING YOUNG WOMEN (2012) and the forthcoming HER 37TH YEAR, AN INDEX (2015). She lives in Chicago. You can find her at suzannescanlon.com or suzannescanlon.tumblr.com.