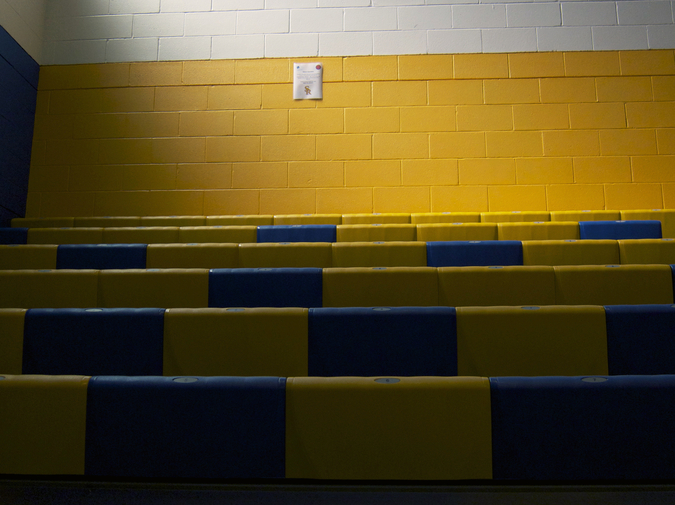 Joanna closed her novel and placed it on the table. She had heard her son Matthew pull into the driveway, returning now as her paying tenant until he found a job. The rent-paying, however, would be largely theoretical: his savings long since spent, he would be using the money she and her husband endlessly credited him without interest. If he could actually afford to pay rent he would not have returned at all.

She composed one of the expressions she had rehearsed to greet Matthew. She could not decide if he would rather be met with sadness to show compassion for his failure or with joy to indicate she appreciated his company.  She had argued this out with herself for days without bringing up the subject with her husband. Even before Matthew was born, he had scolded her for anything he felt spoiled the boy, from playing Mozart when he was in utero to giving him money for a Friday night movie when he got his driver’s license. Dennis would not understand the moment’s delicacy required tact. Even to think about it was babying him.

She ultimately decided to treat his return just the way she had his school holidays. She would support him by pretending to assume he would be leaving soon; he would feel her confidence in him. So she had cooked up the chicken dish he liked with an apple pie for dessert, and even baked a plate of cookies to gladden his arrival. These cookies were cooling on a blue plate on a small white trivet in front of her at the table where she had been reading and waiting patiently.

Yet a full five minutes had now passed since his old hatchback had rumbled to a halt on their narrow gravel lane and he had not come in. Her husband was still in his study with the door closed, paging through the journals and magazines that had come in the morning’s mail. She could still smell his pipe tobacco, a plum cavendish, so there was no chance he had gone out and waylaid the boy. She rose, checked herself in the mirror by the front door, and went to see what was keeping Matthew.

The late September day felt like summer and looked like fall. The gnarled apple trees that lined the lane of their driveway in two uneven colonnades had strewn russety apples on a bed of leaves. Rotting in the sun, the apples gave off a pleasant, sour smell that intensified each time she kicked one aside walking to her son’s car.

The car was in his old parking space, just off the lane and on the shoulder, bending down the tall grass under a large tree bubbling a syrupy pus. The car faced her but Matthew did not see her approach because he was bent over the steering column. Ten yards away she could see he was shaking.

Immediately she forgot the expressions she had practiced and strode up and rapped on his window. She was needed.

Her son looked up. Coughing, he turned his head away from her for a moment. Then he rolled down the window.

“Hi, champ,” she said with a soft punch to his bicep.

“Of course, I know that. Here, take this.” She handed him her handkerchief.

“Good.” He blew his nose and handed it back.

She helped him out of the car and made him hug her. Then she put her hands in her pants pockets to keep from hugging him again. Despite his ripe need of a shave he seemed to have grown younger since she’d last seen him.

The main rooms of the house had become stifling in the afternoon sun and dust poured through the still air like silt. “Dennis!” she shouted. “Matthew’s home!”

In a moment his office door creaked and out came Dennis with a rolled-up magazine tucked under his elbow. He and Matthew regarded each other. She could tell that each perceived a man who had diminished since their last meeting, and each felt shrunken by association. Finally, Dennis spoke around his pipe. “Welcome home, son. Feel free to stay here as long as you’d like,” by which she knew he meant the opposite.

“Thanks, Dad. Good to see you,” by which, of course, he too meant the opposite.

Their hug was curt. “Well, I’ve got a deadline. Work on the truck with me later?” asked Dennis.

“Great.” He returned to his study.

“Want to join me for a cookie?” asked Joanne.

“Sure.” They sat cater-corner at the table. “Thanks,” he said absently chewing.

“You’re welcome,” she said. “Have you read any of his novels?” She pointed to the novel she’d been reading. It was Hesse’s Rosshalde.

“I’ll remember that.” He finished the cookie and stared around his mother’s shoulder. Then he slapped both his knees and stood up. “I think I’ll unpack,” he said.

She heard him get what she guessed was a beer out of the refrigerator and then heard him close the door to his room. Soon bleeps and shouts from his TV reached her. Whatever he was watching was heavily censored.

She opened her novel once more and held it open to a page near where she had left off. She sat perfectly rigid. In quick succession all of the chores she and Dennis used to make the boy do presented themselves to her. In an hour or so she would tell him to set the table for dinner. She smiled, found the proper page, and continued reading.

Nat Schmookler studied writing at Harvard. Since graduating in 2011, he has published fiction in Gulf Stream, Amoskeag, and Juked. He now lives in Brooklyn.