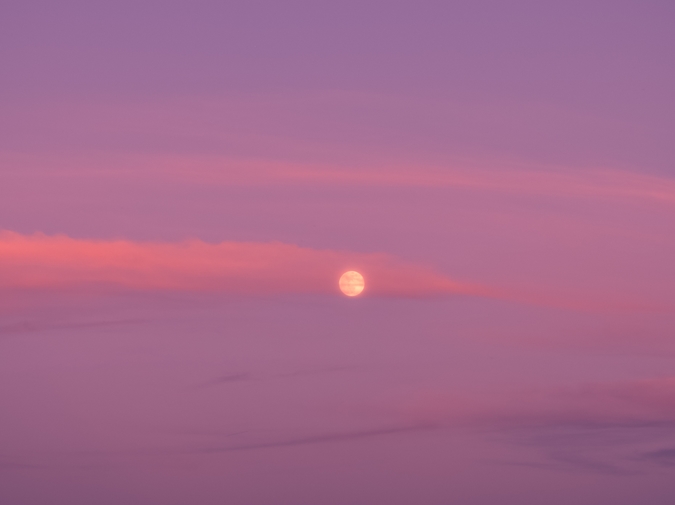 
When Carly’s body
isn’t a body but ash
they wish to be poured
into Lake Washington
below a sun becoming half
a sun, a plum purple sky.
Their right elbow floating specks
stuck to a silver duck feather.
The welcome mat of a corner store
in south Seattle Nikko says,
staring into the guts of Rainier Ave.
I think of the Shell gas station
on Beacon Hill. Opened door
wide as August heat. Fried
catfish sold by the pound.
He asks to be scattered here
in part. The rest packed
in a balikbayan box & sent
to the Philippines. If I’m gone
before every Filipino auntie
ringing the cashier at Goodwill
can return home, then give
my burned bones to Jordan.
Ask her to dust bits of me
on our bright table
covered in peony petals
& the postcard of a mother
in a rice paddy that reads
keep our land, our village––
a long barrel rifle
in her hands, her newborn
slung on her back. Once
while in bed, Jordan
pressed my chicken pox
scars & counted each dot,
named even the smallest
most forgotten blemish
remarkable. A sliver
of my bicep, its sister island
near my pit—speckled spots
in the shape of an archipelago,
a country not conquered
in blood.

Troy Osaki is a Filipino Japanese poet, community organizer, and attorney from Seattle, WA. A three-time grand slam poetry champion, he has received fellowships from Kundiman and the Jack Straw Cultural Center and grant awards from Artist Trust and the Seattle Office of Arts & Culture. His work has appeared in the Bellingham Review, Drunk in a Midnight Choir, Moss: A Journal of the Pacific Northwest, and elsewhere. He writes in hopes to build a safe and just place to live in by uniting the people and reimagining the world through poetry.