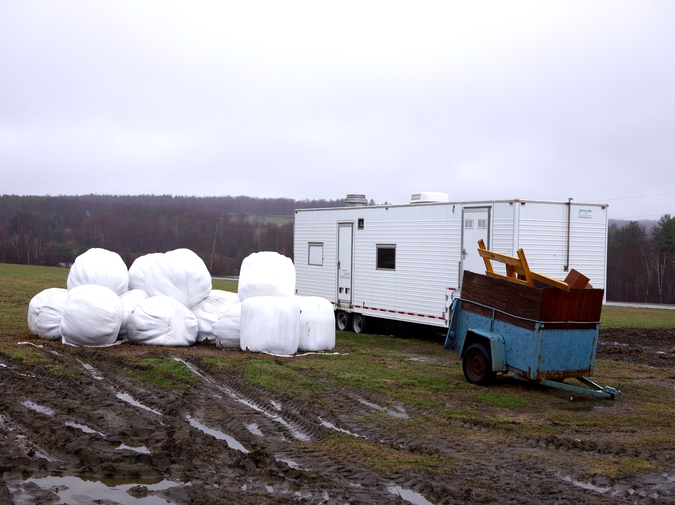 A Diaristic Quality but Everything is Still Gone

A little sunsuck makes everything flutter. Everything hum.
The idea enters that once the world was a bit more sepia and makes it safe.
It seeps into all I have ever had, too. Redoes memories. Cracks underfoot
kill, so just jump. Friends are erudite and perpetually laughing. Everyone is trying
to fuck always and often succeeding or else sleeping something
off. When does a bare mattress look sexy? Only in a photograph.
Drinking while shitting also looks good, deified by this golden
hue. A big shining man is sucking his own dick. No one looks
at the camera; it’s like it is still happening. The boys are young
and locked in softish battle or at least no one is hurt yet. Nothing
moves which means it is so damn full of lust. Pick out
what is signified - lips on a drag queen red as injury. Thin people
ignoring one another, presumably lovers. Wide lapels, Nike caps,
a punch just connecting with a cheekbone. It’s like stock photos, but shot
only for me. Fuck. The light on textured wallpaper
through smoke, smoke in every picture. I could write a sonnet
just to smoking in old photographs. Just to smoking in the bath
or over dinner. Just to smack and crack and pissed pants
as they are retold or remembered a little sunsucked a little
sepia. All my lovers sunsucked and sepia, all quietly sleeping, after the act
but before I leave. Greer is holding her wrist, testing its reedness, testing the gaps
how much nothing she can hold around it. How much she can be
nothing. When people stopped smoking
in pubs they stank. All the vomit all the spills were real.
In the smoky mountains I once saw a dead wolf, really, a dead wolf
by the interstate. I remember it, a stock photo.
A great big fucking wolf wreathed in smoke. It couldn’t get us,
it was dead. It was stuck just right there.

Jonas Mekas at the Tate Modern

Someone has fallen asleep in the dark of the gallery;
their snoring reminds me that we all die horribly
and of the time you told me to look out the window at the moon
and the way I said, the moon is boring.

On screen the little iron fences in the parks are the same.
Wooly hats are the same.
The baby, like all babies, is covered in spit.
Snow is a nuisance, a joy, the same.
House plants are brown at the edges,
moving, a hassle,
pizza is just the same,
cars are maybe brighter,
striped T-shirts are striped T-shirts,
and the moon hangs in the sky.

It reminds me that we all die horribly and
of the time my father cried because he found a cat
mummified beneath the floorboards of the family room
and how you said life is boring
like you were spitting out three olive pits.

Coca cola signs are the same on shop-fronts
and trees are naked just the same.
There is more coal everywhere,

and if life is boring then what’s the point?
Unless it’s the way the camera drops suddenly
to catch something new
and the world becomes a quilt of colour.

How we all die horribly, and the night that I left you
there was that coffee I got from a petrol station on the M1,
when I was about to fall asleep at the wheel,
the cup it came in and how perfectly a bite
comes out of a Styrofoam cup, a half-moon,

and there’s the dirty feet of the the artist’s daughter,
the Velvet Underground’s first show,
in an apartment uptown, in front of a striped T-shirt that’s
a striped T-shirt,
and the way bad dancing is the same, and
light falling in long squares down a hallway is also just the same.

There is Jonas Mekas at 90 still keeping these video diaries,
and there’s the itch to leave the restaurant
to write a stupid poem.

There's the decision to stay and talk awhile
over stained napkins

and there’s the times I’ve seen my father cry:
when he was sick, when his best friend jumped from a balcony,
sometimes when I leave.

There’s the fact that he found the lost cat at last
and cradled it carefully and laid it on the rug
and called me and told me the story;
how some old heartbreak he had almost forgotten
had been waiting under our feet all along,
out of sight and still the same.

Lotte Mitchell Reford is a London-based poet writing about art, gender, and fucking via Glasgow and Virginia. Her work has previously appeared in Hobart, The Moth, SPAM, Poetry Birmingham, Copper Nickel, and Lighthouse. Her first chapbook, and we were so far from the sea of course the hermit crabs were dead, is forthcoming from Broken Sleep Books.