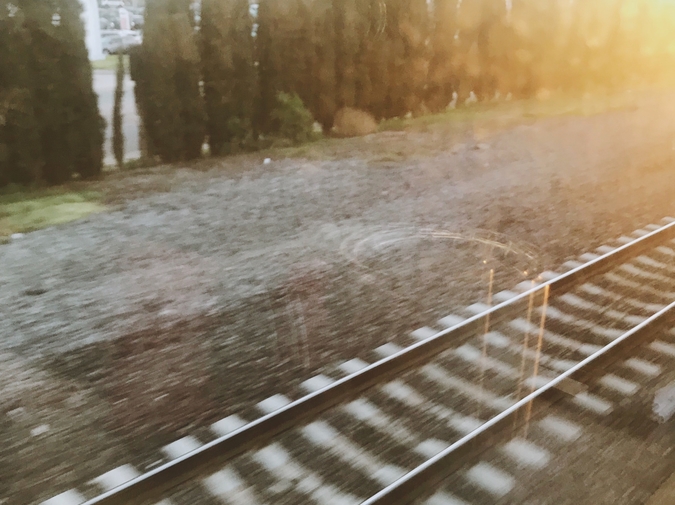 2. Train A travels north at 60 mph. Train C also travels north, on a parallel track, at 50 mph. How many hours until Train A realizes that while Train C’s railcars have quite a nice shape, as Train A has repeatedly pointed out, her engine design is ENTIRELY unoriginal. (Zero and infinity are both incorrect answers.)

4. Train A and Train B start at the same point, at 8 a.m. traveling in opposite directions at 50 and 60 mph respectively. Assuming they both continue for three solid hours, how much time to “think” does Train A honestly need?

5. Train A and Train B, 300 miles apart, are traveling toward each other on a single track with a constant speed of 60 and 70 mph respectively. Train A’s and Train B’s friends warned them about this. Why did neither of them listen, knowing FULL WELL how it would turn out?

Lauren D. Woods is a Virginia-based writer. Her writing has appeared in The Offing, 100 Word Story, The Antioch Review, The Writer, and other journals. She tweets @Ladiwoods1.