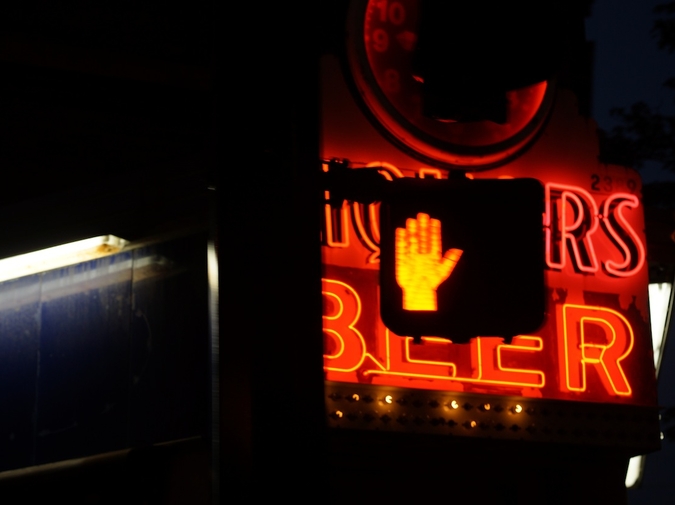 It is April 2nd, 2014. I tell me I told us. I’m happier. The fourth sentence is treating it like home. Our cats are brothers with dichromatic eyes. You’re up sixth, writing a comic, waiting for a green line train. We’re out of sociology for vodka. I’m happier on. We watch Mad Men. There’s California vs. Oregon. My parents do not want to visit during Pride Week. I’m happier on the sofa.

Would You Say That To Me?

I want so little from many things. Like the cats on the sofa, I want to loaf—but that’s not it. It’s one day or it was another day: I want a day to my own. The rain is raining itself, which is how you & I like it. This sentence isn’t so much a question as it is asking itself out.

We All Have Something To Kiss

I believe you is in me. The second sentence is upstairs, upstate, upwind, more or less carpet. I had a dream duh-duh-duh once: the morning was our living-for-less rising room, a legitimate sea for the lone & the some. Etcetera! It was the past—presto—present. There is nothing to kiss yet.

One Through Six Is Screaming

I buy my beer from sounds of generations. The second sentence is I’m leaving it. We split lips around a fire pit. It’s her birthday. Gerowe is from South Carolina. A godfather makes a fucking uncle. It’s her again. The taxi lets us out.