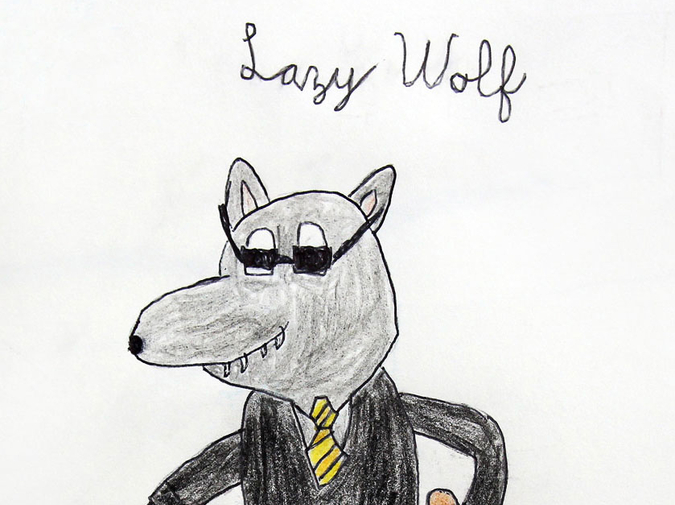 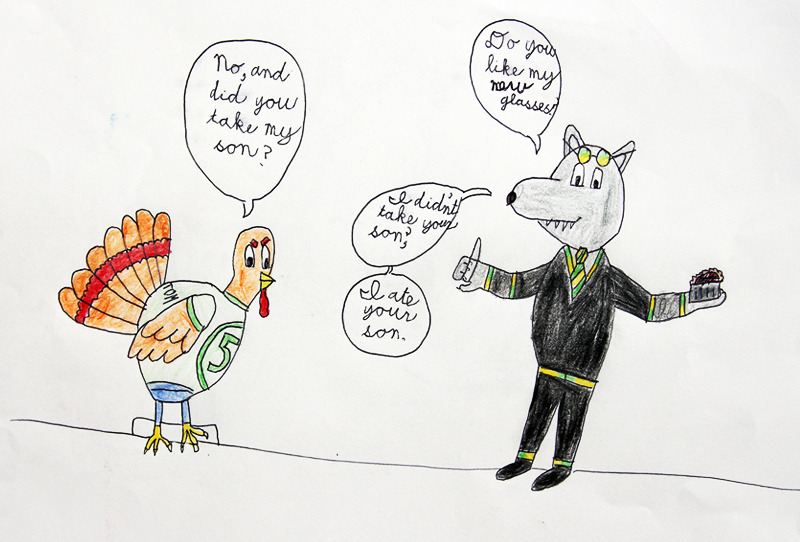 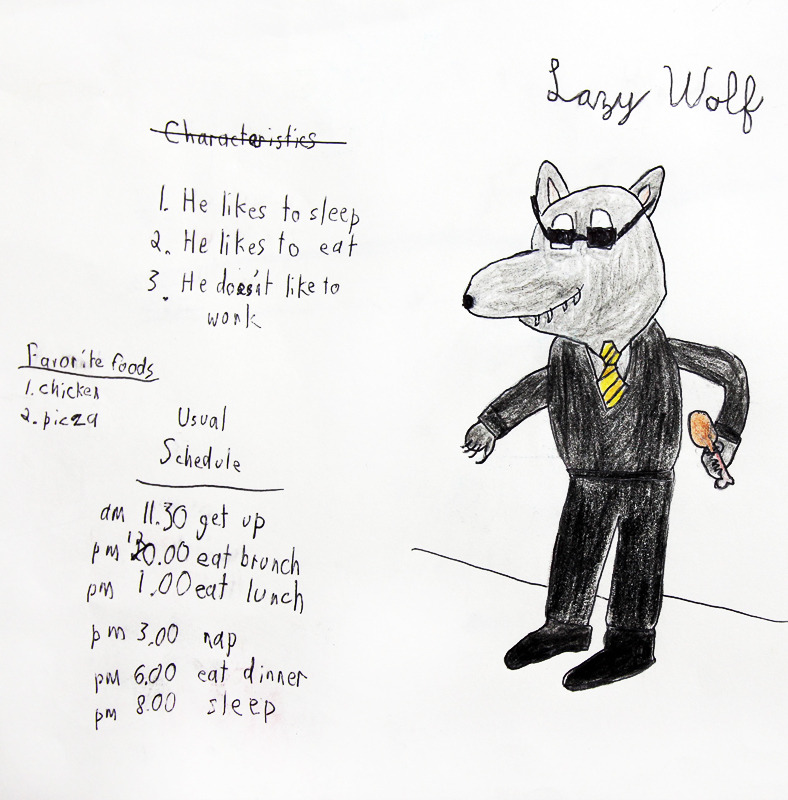 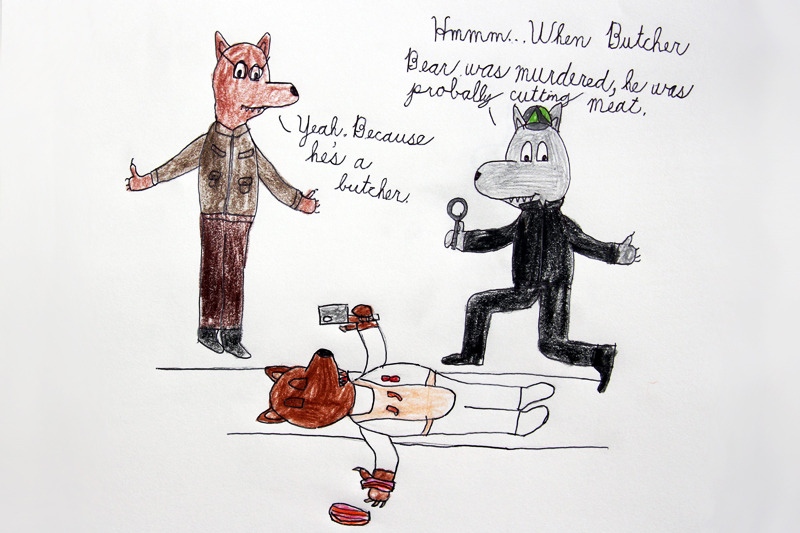 The Creator of Lazy Wolf

My name is Alex Jiang.

I am nine years old and I live in Hinsdale, Illinois.

I’ve started drawing when I was 4, and it has been one of

my favorite activities ever since.

I also have other hobbies like piano, origami, and tennis.

Lazy Wolf during an art class at school.

The art teacher assigned us to make an animal comic.

During the weekend I think, an idea popped into my head,

“I should start an animal cartoon!”

The first animal to appear in my mind was a wolf

and I picked lazy so it can make the cartoon more funny.

So then Lazy Wolf was born!