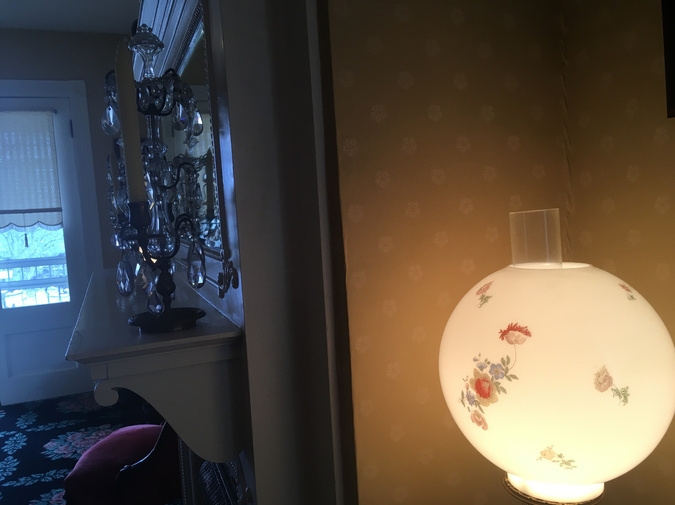 Ritual for a Lover

Monitor your calorie intake,
shear off your spare tire,
huff over the elliptical.

but you want to
provide the best tactile
experience. Wear perfume,

beautiful without it. Douse
your parts with wild hibiscus
petal, Hawaiian rain.

Make your parts palatable,
less wild. Do these things to keep
him. Know that he is unconcerned-

once he sucked mints in preparation
for seeing you, shaved his own parts
of his own accord, regularly bathed.

Now he stares into his phone
while you speak, now you are always
competing

with Wikipedia, with Tumblr.
Become conversant in his passions, read
his favorite books, know he won’t touch

yours. For a feminist, he says, you comment
on other girls’ appearances a lot.

You notice female beauty more
than I do. As if beauty expressed
nothing of the self to admire.

is girls who make themselves too available,
who have been available to too many boys,

this is what my mother, Midwestern baby boomer,
tells me and popular consensus seems to agree,

that I wash my face and brush my teeth
every night, that I am not a tangled thicket

of want. To be loved, as a woman, you must learn
theater, apparently, play yourself. I have never had

what they call wiles, only my fat, red heart
beating somewhere outside my chest.

The man who finds it
beautiful rather than repulsive

After Robert P. George’s ‘Marriage and the Myth of Moral Neutrality’

Like the trinity, I am spark of fire, boy child,
motherly ghost: composite, riddle, paradox, flesh
and spirit not entirely reconciled. Or maybe I am
a swine filled with demons, legion. My lover’s ass
slaps against my thighs, his back arches, soft moans
quicken sweetness between my legs, sweetness and stomach
lurching like from too much candy, I am two-in-one-flesh,
I was never supposed to want this sick: being on top, inside,
witness to the glorious geometry of a man’s shoulders,
broad diagonals, forearms furred and corded with muscle,
his big hands clenched into ecstatic fists, and I am coming inside him,
and I am also a woman wearing a vibrating piece of plastic—
both ways, my halves cleave to each other, the woman and man
in me hold hands eternally or until my atoms parcel
into stars and trees, amen.

Jason Phoebe Rusch received an MFA in fiction from the University of Michigan’s Helen Zell Writing Program, where he received Hopwood awards in screenwriting and non-fiction as well as the Chamberlain award in creative writing for short fiction. His writing has appeared in The Rumpus, Hobart and Lambda Literary's poetry spotlight, among other publications. Most recently, he has been awarded a 2017 fellowship from the Luminarts foundation. Dualities is his first book of poems. He can be found online at www.jasonphoeberusch.com.