The Embarrassing Desires of An Ex-Chasidic College Student 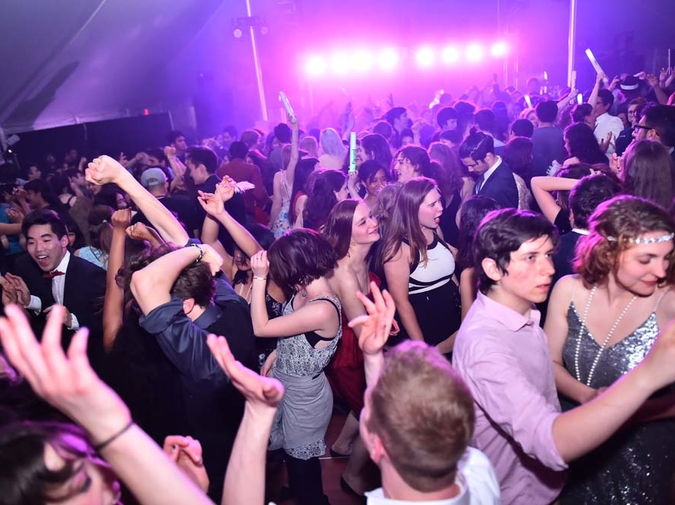 Sunken into the swollen faux leather chair, I wallow. It’s a dark February night in 2018. My therapist, Sue, is getting restless. “I’m going to go out for dinner, do you want to come with me?” It takes me a while to answer. “Ok.” Sue putters about the apartment. I stay in the office of mismatched furniture, piles of paper, her dogs’ pee pad, and the shelves of books. When she appears in her coat, we go down the service elevator, out into the wind. We turn right on the cobbled Bond Street, and up the steps into what feels like the opium dens of the banned racist Tintin books I secretly read as a kid stuck in the Community.

One waiter rushing by says, “Welcome.”

My therapist looks at me. “Sake? Beer? Water?”

I give the puritan’s response and we wait ten minutes on a couch.

Sue had urged me to be more interested in other people.

I don’t remember her answer.

It’s been about four years since I started seeing Sue. In the beginning she couldn’t understand what I was saying because although I knew more English than my peers I was heavily accented and strung words incorrectly. When she was finally able to decipher me, she wondered if I was autistic.

Ten minutes later, we sit at the sushi counter.

A sushi chef wonders if he should make me Sue’s usual appetizer.

Plates are placed before us. Sue, on my right, eats her raw sea animals, I eat my vegetables; the person to my left scrolls through the Barney’s New York website. Addison’s message appears on my phone. “Hey Allie, I’m very flattered but I’m really not ready to pursue a relationship. Plus, as your choreographer I’d rather keep our relationship as is. I really value you as a friend and I think you are very sweet and interesting, but I think of you as a friend.” I show it to Sue.

“Are you now ready to get drunk?”

She orders my drinks.

$200 later, we exit the restaurant. Mildly drunk, the world is like a picture tilted, my sadness glares like the dentist’s overhead light. Sitting on the Metro North, heading back to college, I feel pathetic. My classmates are bonding, going all out on a Friday night, dancing to whatever people my age are into. But me: I’m hanging out with my seventy-year-old therapist who spends her weekends at restaurants chatting up strangers.

The experience is labeled “traumatic” in my brain. For some unclear reason. I hadn’t wanted to go to the restaurant, to get drunk, but how could I say no. When I share this during my next session Sue calls me a narcissist.

I’m in Borough Park, a Chasidic entrapment in Brooklyn. Everything is in slow motion in anticipation. College is four days away. Later than I should have, I ask my parents to co-sign my Wells Fargo loan application like they said they would. They refuse.

I revel in the clarity of clear villains.

Livid, I email Sue. “Emergency.” We skype. “What do you mean they’re not going to sign?!” Sarah Lawrence costs $30,000 a semester. For now, I’m ineligible for Sarah Lawrence’s financial aid. She calls my parents. My psychiatrist. Arranges a meeting in the Leader’s dining room. Sue, her train having skipped her stop, arrives late. The Leader, my parents, a community’s specialist who deals with “Problem Cases,” and my psychiatrist are in attendance.

The Leader affirms that my parents can’t co-sign. I should be killing myself rather than attend college. He, the specialist, and my parents ask her and my psychiatrist to tell me that I can’t go because I’m too mentally fragile.

When the meeting is over Sue emails me informing me that I’m going to be able to leave. Dipping into her pension, she loans me $14,380.

My grandfather drives me up to Sarah Lawrence choking back tears. As soon as he leaves, I cut off my earlocks in the bathroom and change into Outside World clothing. I go to the college cafeteria and order a cheeseburger. Another sin. For a week, I feel alive like never before. It’s springtime in dead winter.

The supremacist belief that the Outside World is lesser-than still lingers in me, and Sarah Lawrence appears as a zoo filled with anthropomorphized animals. I dislike my humanity;  humans can’t talk with elephants. I want to become one with the kangaroos. But how does one grow fur? How does one have fun? I sit in Bates Dining Hall, in the Rauschenberg Library, and in the Schoenberg Dance Studio in the tornado of aloneness. I try talking with ostriches, koalas and hyenas and they try talking with me but there is no resonance. It’s hard to explain and pinpoint why. I feel like an alien. Like I survived a war no one heard about.

Eight or so game acquaintances follow me into the bunker-like Miller Lecture Hall. We descend the staircase of the raised seating. They sit down. I go over to the front of the room, turn on the computer, lower the movie screen, and start delivering an unasked-for lecture. A crash course about Chasidim. I show them the proper attire. I show them videos of Lipa, a singer, banned when he started making songs that didn’t use lines from the bible. We would spit on him in the street. We were right to be suspicious. He headed down the slippery slope of making music videos, performing in a crowd where the women were visible to men, and included English words into his lyrics (!). I show them a video of the Leader’s twenty-year-old daughter in a stadium, surrounded by more than a thousand men, while her father prances forward and back,  dangling a rope. I teach them more. I field questions.

I hate my physicalized existence. I started hormone replacement therapy on June 6th, but I haven’t officially come out yet. My body still does not read female in my eyes. Not bothering to dress up what I despise I go around wearing the paint smeared clothing from my summer job. My disgust for my body does not lessen my desire to be touched, held, and fucked. What it does is melodramatically paralyze me in a basement bathroom of the Heimbold Visual Arts Center. I message Jaelynn, my classmate who lives across the hall, with who I watch movies sitting in a classroom on displaced van seats. “I really like you…” Jaelynn leaves their room and sits with me in the bathroom. They say they like me too, but they are in a tough spot, and don’t know if they can be in a relationship. A day or so later we go on an embarrassing Let’s See If This Can Work walk around Bronxville. Affection, having not grown up with it, is a foreign concept. I feel awkward in my male persona and my cluelessness. I’ve placed too much of a burden on Jaelynn. In addition to teaching me the mechanics of sex I need them to show me how one opens their body for another. They relieve us both from our misery when they message me saying that it isn’t going to work.

Later in a session with Sue, she wonders aloud if she should hire me a hooker.

Stepping outside of my room is like hearing a choir shout: “You are not one of us.” In my room, occasionally, when my roommate is out, I will lie down on my bed, turn Sue’s old laptop on its side, go on incognito mode, and go to Pornhub. I will take my too-thin blue blanket and shove it down my underwear and press play. “I have to pee; I really have to pee… oh my god!” Streams of darkened denim form on jeans as a puddle of yellow appears. Eventually as Pee Desperation, loses its flavor I will move on to Poop in Diaper then Diaper Babies. I will writhe back and forth, my skin getting sticky and gross from sweat. Eventually, an echo of sensation will kick in and twenty seconds later my penis will act like it’s a volcano for two short seconds and then it will be over. Semen will not come out. Thank God.

I don’t enjoy it. I mean, I do, but in the way you enjoy pain. When you pick at a scab, pop a puss pimple, or press a blade across your underarm, pouring blood. The arousal comes from the reduction of my pelvis and its inhabitants to their most rudimentary functions. Removing it from the desires that have caused me nothing but pain.

I wait for the bus on the green mesh bench. I am dressed in Nasty Gal and Forever 21 clothing. I officially came out a bit more than a month ago, and I still haven’t figured out how thoroughly I need to brush my hair. A silver Nissan Altima pulls up. Supposedly the bus is still a while away. Alex, the Altima driver, says he is a bus driver himself, and is going the bus’s route on his way to work. Wanting the dangerous reality of female youth, I get in the car. We talk about his job and my college life. He puts on Brazilian music and I shimmy in my seat. He asks for my number. I hem and haw. I tell him I’m trans. He doesn’t seem surprised; I’m disappointed. He shakes my hand, runs his against my throat. I point out that we passed my stop, the 2 train. He replies, “Oh I’m just going to take you to the train,” and drives on. He backs out of one street because there is a garbage truck, he proceeds down another. I wonder when and how I should be jumping out of the car. He tells me that with a few more months on hormones I’ll look amazing. For some unknown reason--perhaps because I tell him I’m interested in those that aren't men--he halts the kidnapping and drives me back to the train. I wonder if I’m not attractive enough. On the way back, he tells me about the two trans “girls” he dated. When we get back to the train, I thank him very much. Once I’m on the train I wish he forced his tongue down my throat because I have no clue what the inside of someone’s mouth tastes like.

Allie Zenwirth wanted to go to law school in the fall but got accused of cheating on the LSAT. She plans on retaking the exam and is now hoping for a 2022 admittance. Unrelatedly, you can find some of her other stories in Longreads, Vagabond City, and X-R-A-Y.  Also, she "twitters."