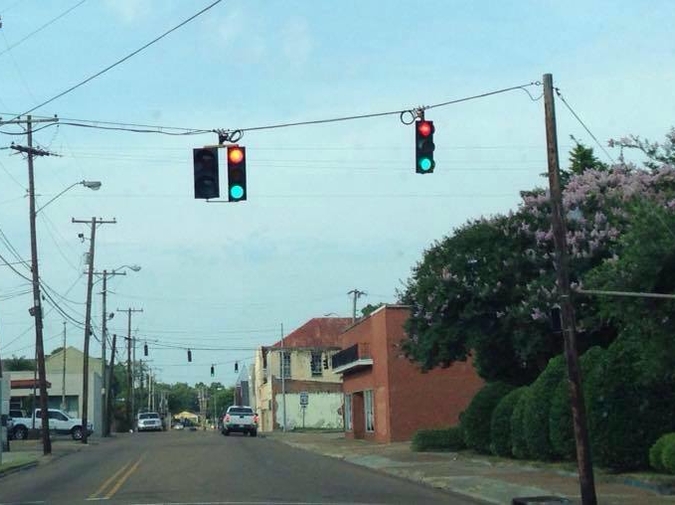 Carol drove fast, as if she were trying to leave our town forever, with Foreigner’s “Hot Blooded” playing loud. She sang/screamed it like she meant it. I joined in, not as loud, not as free. At night, we met up with friends at the Indian Mounds on the outskirts of town where the Natchez tribe once worshipped their gods and buried their dead. We parked our cars on that sacred ground, built bonfires, and smoked weed, oblivious to who came before, what time would mean, what our lives would become.

My father, a Jewish doctor born in Natchez in 1920, held court every night as we ate. He kept Webster’s Third International Dictionary on the table, sometimes a trivet for my mother’s biscuits. “You can remain ignorant, or you can look it up.” We learned words we didn’t need and which ones, like “Jewish,” we shouldn’t say.

We ate Frito pies at the Malt Shop, shrimp po-boys on Sundays. We drove across the bridge over the Mississippi River exactly one mile to Vidalia, Louisiana, where the drinking age was lower. We knew what “arbitrary” meant.

Carol’s house was built by slaves in 1839, the house next door also had been built by slaves, over one hundred fifty houses built by slaves in our town, the town itself on the National Register of Historic Places. In March when the azaleas bloomed and the magnolias’ scent drizzled into every breeze, our mothers had us dress up in hoop skirts, pantalets, and ballet shoes. We rolled our eyes and donned our costumes and led the white tourists from all over the country through the houses built by slaves. The homeowners handed us curated scripts about the wallpaper, the china, the silver, and the punchbowls, but not one word, not ever, about the slaves who hoisted the beams.

“What y’all doin’?” “Where y’all fixin’ to go?” “Sit on down, girl, and rest yourself. Come on, now, tell me about it.” We acted like we were laid-back, as slow as our words, that the heavy, water-weighted heat didn’t bother us, the mosquitos, as we slapped our arms, a minor annoyance. We lived where we were born; we pretended it was just fine.

We’d laugh about those times in the summer when the DDT trucks used to come through the neighborhoods. No one knew to stop us from being outside. We’d sit at the end of the driveway, waiting for the Skeeter Man to go by, billowing out that marshmallow fog that blanketed our world, amazed how everything could turn white and disappear.

Beth Tillman’s work has been published in Creative Nonfiction, Literary Mama, 50-Word Stories, and Complete Sentence. She is a candidate in Fairfield University's low-residency M.F.A. program. In her spare time, she is an estate attorney in Chapel Hill, North Carolina, and is writing a memoir about her daily dances with death and incapacity. You can find her on twitter: @BethTillman