How To Start A Coven 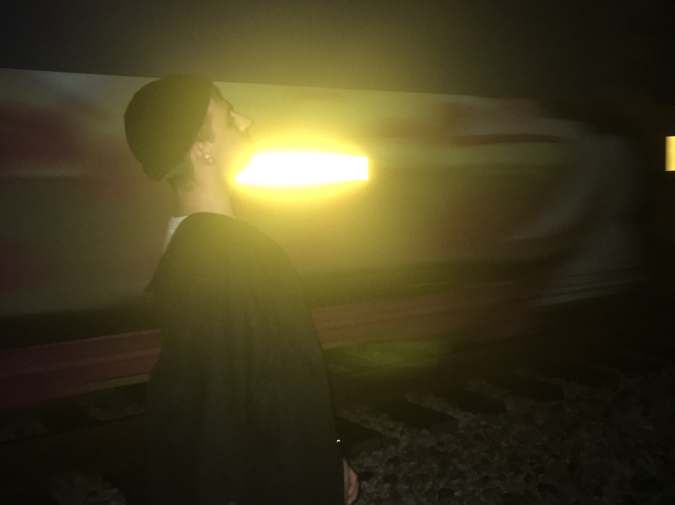 Try to get a friend who has a view of a cemetery from her apartment. Remark upon it every time you go over. Notice the play of pink sunset on the tooth white grave stones standing silent sentinel on an ancient pagan hill.

Say, “we should start a band.” Get shut down because everyone wants to sing but no one knows how to play guitar.

Accumulate friends who remind you of animals, whose hair grows faster than a corpse’s, who validate your moods by wearing black and nodding in agreement when you plot murder.

Say, “we should sew our limbs together and travel the country as a wandering attraction voicing prophecies at 20 bucks a pop.” Get shot down because one of your friends is married and can’t fuse into a mythical woman-beast with the rest of you.

Gather at the apartment across from the cemetery to complain about the men in your lives. Watch three crows fight over a raccoon carcass as a mist and shadow moves over the moon. Watch your friends stir soup on the stovetop and think the words: hearty, healthful, homey, safe.

Say, “maybe we should start a podcast?” Get shot down because they are afraid that, after a while, their voices would melt together and sound with the echoes of bottomless underwater caverns.

Go home alone and stand in silence, waiting for a revelation. Have a dream about an open window and the howling of wolves. Feel the boundless void around your soul, cold, reaching for you. Touch it when it asks you to and fill it with thoughts of soup. Wake up and text your friends.

“We should start a coven.”

Wait for the rest of them to wake up. Sit on the cold metal of your fire-escape stairs and think that a cemetery is a better view than a brick wall. Climb the iron ladder to the low-slung roof of your row house and watch the sunrise over your street. Feel something in the air like the howling of wolves; hear the mechanical voice of the bus say, “pedestrians, bus is turning,” and feel grateful for the warning. Check your phone as the sun makes the white roof orange. Your friends are talking, each disembodied in their own little boxes: gray, blue, pink, green.

“We could have a potluck at my place,” your friend who lives across from the cemetery says. Hear the birds shake and tweet themselves awake, hear your neighbor argue with a man on the phone.

Say, “maybe we should start our own planet.”

Say, “maybe, before its ruined, we should get into a silver spaceship and shoot ourselves into the black void of space, wheeling among the burning stars.”

See the neighbor’s cat stretch and yawn on its porch and feel a deep kinship with its fur and whiskers and pink triangle mouth.

“We could be a space coven,” your friend who is married writes, “and we’d be safe out there.”

Climb down off of the roof. Re-enter your kitchen at the start of a new day. Drink coffee, brush your hair, answer a few emails while a siren wails and starts the neighbor’s pitbull barking.

Put on a blazer to mask your lack of confidence. Walk out your front door thinking, “space coven, space coven,” with every footfall until it becomes the meter in which your life is lived. Never start a band, join the circus, found a podcast, or go to space. Feel the disembodied voices of your friends as their messages land in your pocket. Space coven, one step. Space coven, wait at the light. Space coven. The words are enough to carry you through the day.

Deirdre Danklin lives and works in Baltimore. She received her MFA from the Johns Hopkins University and her work can be found in SLAB Literary Magazine and The Hawaii Pacific Review, among others.